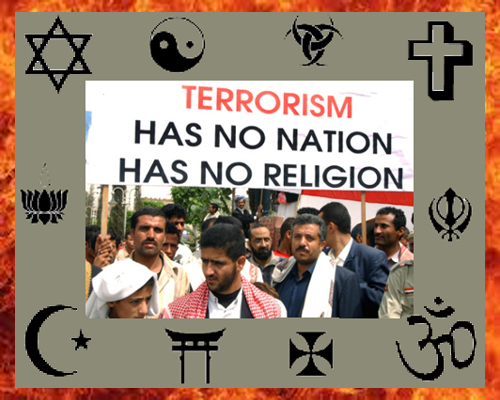 The terrorist attack on a remote Kenyan university last Thursday that massacred more than 150 students is a terrible blow to what had been Kenya’s much improved security.

About a quarter of the university population was killed or injured mostly by suicide bombers who overpowered four front gate guards, then ran into the dorms and libraries where students were congregated, then pulled their bomb triggers.

Like the kamikazes of World War II, this unbelievable desperation is hardly an act of war. It reeks of the vengeance of those who expect to lose.

Kenyan security agencies had advised universities across the country a week ago that they suspected al-Shabaab would launch just such an attack on a university.

There are now a couple dozen substantial universities in the country and all of them went onto high alert. Garissa is among the newest, most remote, and nearest to Somali. It’s quite a distance from Nairobi or other populated areas of the country.

Clearly al-Shabaab – or whatever might be claiming to be al-Shabaab – was incapable of anything closer to the heart of Kenya.

As horrible as this is, it remains notable that terrorist attacks in places like Nairobi or even Mombasa have not occurred now for nearly two years. I still believe Kenyan security is better than ever.

As was Boston for the marathon. Bad stuff happens.

American media reaction was not healthy or rational: “The gunmen who attacked Garissa University College on Thursday singled out Christians for killing,” Fox News lied.

There was no attempt to determine the religion of those who were killed. After the massacre other al-Shabaab hoodlums entered the university and tried to kidnap non-Muslims, according to a report put out by al-Shabaab after the attack. News agencies have been unable to confirm the claim, although several dozen students remain unaccounted for. Those who gave interviews to the press said it was too chaotic for anyone to know if anyone else was a Muslim or not.

The bulk of the Garrisa student population, in fact, is likely secular. There are also many Sikhs, Hindus and even old fashioned animists. It was not a religious attack.

If America and others feeling besieged by terrorists continue to frame this struggle as a religious one, it will grow not diminish.

“I got an email from Anne Thompson, a journalist working with NBC News,” respected journalist and college dean, Luis Franceschi said.

“Ms Thompson’s questions reflect…most of the western world: ‘We are working on a story about today’s attack at Garissa University and are trying to understand what appears to be the religious roots of this incident… Are Christians safe in Kenya?’

“I would tell Anne Thompson a thousand times that the matter is not religious. The terrorists may say so and they are lying. If the matter were religious they would have been attacking us since independence, but they didn’t.”

The Muslim population in Kenya may be nearly a third of the avowed religious population. Muslim leaders hold prominent positions in the government and have since Independence.

Franchesci explained in an article for Nairobi’s main newspaper that the attack is linked to Kenya’s occupation of Somali, to corruption and to organized crime.

It was not a religious attack.

“I can confidently say that some of my very best friends and most impressive colleagues and students are pious and dedicated Muslims. In them I have always seen a wonderful example of virtue, humanity, sincerity and dedication, which I wish many of us Christians could imitate.”

Terrorism succeeds when it strikes irrational fears in those it challenges.

Fox News has been terrorized, and Fox News is losing. Let us hope the sane world knows better.