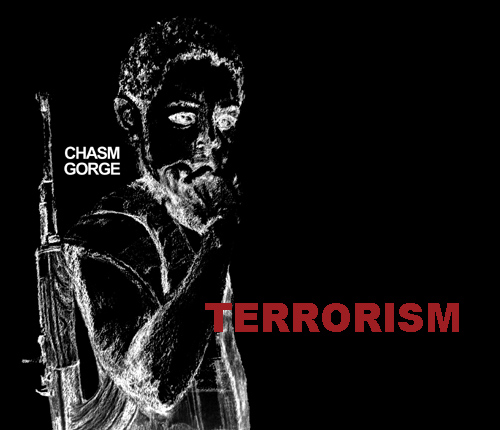 Four countries in sub-Saharan Africa are at increased risk of terrorism: Uganda, Ethiopia, Burundi and the Central African Republic.

The warning is issued by the 2014 Global Terrorism Index, a massive compilation of each year’s terrorist incidents.

The report is good news for Kenya, continuing good news for Tanzania and all the rest of the countries in sub-Saharan Africa. Although the index has only been produced for the last five years, its track record so far is good.

Uganda and Ethiopia’s increased risk is linked directly to their increased authoritarianism. Burundi is essentially an ethnic conflict.

In fact last week Uganda’s principal opposition leader, Kizza Besigye, was arrested and put under house arrest to end his organizing protest rallies. This stands in marked contrast, for example, with Tanzania’s heated up but very free presidential election and Kenya’s exceptional transparency in government.

The GTI is by some measure overly thorough and as a result some of its lesser predictions might be seen as premature, but the overall index suggesting increased or decreased terrorism will be used in critical decisions by many global businesses including tour companies.

The index is not without controversy, since it refuses to view Israel and Palestine with the same parameters as the rest of the world. The much less used but competing British index, the Verisk/Maplecroft Terrorism Dashboard actually suggests an increased terrorism risk in Nairobi.

The GTI report is less of a chronology of terrorist events than it is a measure of those events’ impact on the country. In other words larger economies more capable of shrugging off terrorist incidents, like the United States, will be less impacted by terrorism than smaller economies like Kenya.

As a result Kenya continues to be seriously impacted by terrorism, because the index is a 5-year weighted average, and Kenya’s terrorists incidents in 2008-2013 included severe attacks like the Westgate Mall.

From this perspective Kenya ranks the 13th most impacted in the world of the 162 countries studied, compared to the U.S.’ 30th, even though there were more actual deaths and injuries in the U.S. considered terrorism than in Kenya.

Terrorism as defined by the GTI includes such acts as school shootings.

The bottom line is that mayhem from terrorism is increasing substantially, although localized and heavily a result of the ongoing conflicts in the Mideast. GTI dissects nine organizations it has determined are the main terrorist organizations worldwide:

(Currently, the Tamil Tigers have signed a peace agreement in Sri Lanka, Al-Shabab is almost gone and Boko Haram is retreating in Nigeria. That leaves today’s principal terrorist organizations all from the Mideast.)

Terrorism is as old as time itself. Were the GTI Index to be applied to all the years since the American Revolution, it’s likely that America would vie with the Mideast for the most terrorism overall.

Our revolution, Indian wars, Civil War, presidential and other political assassinations and today’s contemporary school shootings would likely add up to as much all the trouble over that same time in Africa.

What’s changed is technology and the likelihood that every person with a smart phone knows what bad things are happening where and when. That’s good for the possible resolution of bad things, if you believe as I do that we are all basically good.

But it causes us great angst when forced to try to understand such wanton harm. My novel, Chasm Gorge, tries to help you understand that.

There was a time when those who considered themselves good easily sheltered themselves from those they considered evil. Today, what is “good” and what is “evil,” as well as the ability to “shield” onself, are no longer quite as certain as in the old days.