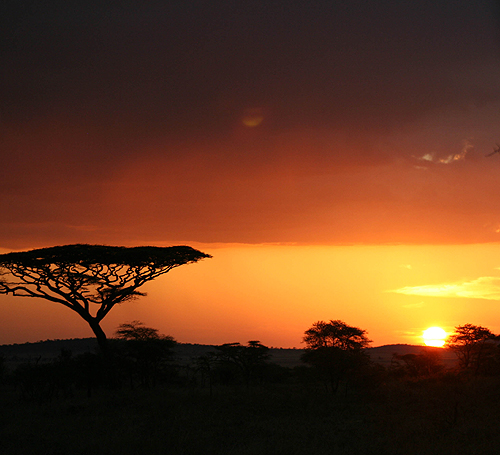 Old people often bemoan the dwindling frontiers of their youth: barefoot in the unregulated playground, the unhelmeted motorcycle ride, 3/2 beer, the willing mortgage banker, silent partners … and me?

It’s been very difficult the last decade in particular watching the stress on the frontiers of the wild, especially in East Africa. So far they’ve held their own, but the ramparts are trembling.

And you can see what’s coming, what will replace the truly unmanaged wild.

Private reserves. Some of them are quite good.

Most are in South Africa, but East Africa has a very famous one that has been around for nearly 30 years, Lewa Downs.

Private reserves have existed in South Africa for actually more than a century, but you can really argue that Lewa was the dawn of a new era when private reserves were not mostly for hunting, but for protecting game.

Lewa began with 5,000 acres in Kenya’s beautiful northern frontier just north of Mt. Kenya, where the few remaining wild black rhino still roamed. The owners and investors of the ranch rounded up as many rhino as they could, and they’ve protected and farmed them ever since.

Today Lewa is 40,000 acres, mostly a not-for-profit conservation organization and proudly boasts of 62 free-ranging black rhinos. The reserve contains all Kenya’s big wild game, all within a massive, fenced wilderness that in many respects would not differ from the wild outside its borders, except that there is less poaching.

Lewa is adjacent the natural home of the very rare and critically endangered Grevy’s zebra, and so Lewa is now the Grevy’s principal hope for survival.

With several tourist camps built within the reserve, field science facilities and a growing endowment Lewa is now the premiere private reserve in East Africa, and a model for all of Africa.

But … it isn’t the wild I remember. 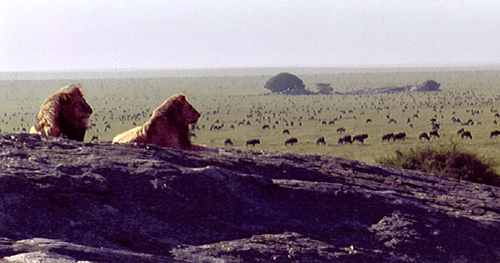 In South Africa private non-hunting reserves proliferate and are much more commercial and (financially) successful than in East Africa.

I am amazed, for example, with the speed with which the “Garden Route” has turned into a private wilderness.

Well nicknamed, the Garden Route is the coastal stretch between The Cape and Port Elizabeth. In times past it was known for its laid-back resortiness, spectacular coast and world-famous cliff walks (like the Otter Trail). Not unlike the coast from San Francisco to Mendocino.

The area did not have big game wilderness. In fact by the 1930s an official South African game count put the total big game remaining in an area the size of Maryland at 11 elephant. But as with much of undeveloped coastal California, as soon as you leave the coastal strip, there is wild land.

So in 1931 the South African government created a new wilderness out of nothing just off the coast, with the idea of repopulating it with big game. Today Addo Elephant Park has 450 elephant, as many for its size (630 sq. miles) as Kenya’s still totally wild Amboseli National Park.

But it’s not the wild, as not only is the exterior fenced, but there are sections within the fenced park that are fenced again, to protect certain species.

But the park has been so successful that a few years ago some of these internal fences were removed and even more exciting, cats have finally been introduced. Until just a few years ago the park was cat-free, managed to protect endangered species.

The “reintroduction” of predation into this man-made ecosystem will trigger the management of the park to more or less “lay off” the until now strict culling that had been employed. In a sense, the South Africans are trying with some critical success to wild-up a previously unwild area.

And all around Addo have developed many private non-hunting reserves, each usually dedicated to protecting one set of species or another. The Lalibela Game Reserve, for example, is specific to the protect of smaller cats like serval and sand.

I hope Addo’s patient, slow rewilding works. And I commend enormously Lewa and enjoy even the tinier places like Lalibela.

But every time I step onto my secret hills in the Serengeti, looking over miles and miles of undeveloped, roadless wilderness, I bemoan its coming to an end. I’m just an old man nostalgic for the dwindling frontiers of my youth.