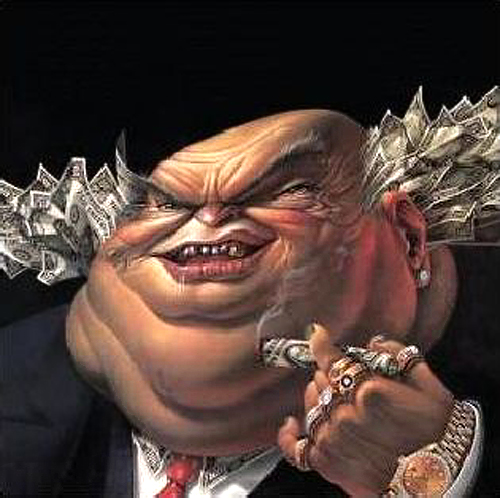 The rich are getting richer, and the poor are getting poorer, de-dum de-dum, and who the hell cares? I do, a lot. And if you don’t, you’ve been brainwashed.

This year’s Forbes List of the wealthiest people has 1,210 individuals (on a planet of nearly 7 billion) holding 77% of its total wealth ($45 trillion).

Any one of those more than thousand billionaires (most of them are fat, by the way) actually are 2000 times wealthier than all of East Africa combined.

I, and you, should care because of a thousand reasons nicely summed up in one. Like Asia a generation ago, Africa is morphing into a powerhouse. The speed and agility with which this is happening reflects the enormous potential of the caterpillar within.

So I’m not jealous. I’m not screaming I didn’t get my fair share. I still believe in an iota of the goodness of greed, in capitalism contained. But in its infant state, Giant Africa is still compassionate. We want it to stay that way and be a beacon for all society, and we want it to be nurtured and prosper.

Nurturing and Prospering is not in this week’s to-do list.

Now that’s a rich-getting-richer thing that is hard to grasp. Fortunately for East Africa, its ingenuity and geopolitical position on the gyroscope of terrorism has basically shielded it from those five years of downward pressure.

Most of the bulging billionaire syndrome has come at the expense of the vast middle classes of developed societies. Me. You. So for the time being, anyway, Africa’s freedom to grow and save the planet has been more or less shielded from gluttonous greed. Thanks to Me. You.

And what a struggle it’s been! Not only have we had to forego getting a new car or residing our aging homes, but the Billionaire Rich have been hard at work … making war.

Joan Baxter, in this issue of Pambazuka, argues persuasively that the growth of wealth among the few is created by, and requires, world conflict.

Right. You can’t strike it rich unless you strike it down.

Baxter calls this “Disaster Capitalism” and then adds an eulogy: “At least vultures wait until after death to feed on cadavers.”

So we have this high school club controlling the world’s economy, whose very essence and continued existence, requires poverty, misery and ultimately war.

I think I read about this somewhere, before. Star Wars? Batman? Spiderman? Was it only in fantasies … until now?

But here’s the positive way of looking at this from the inside out:

Imagine how much faster the world could be improving, how many wars would end, how much misery could be morphed into genius if that grossly unnecessary billionaire wealth were spread over Africa and other promising places. (Exclude Nantucket.)

Intellects now bristle like the hairs on a porcupine. Am I daring to suggest that we simply redistribute this wealth willy nilly.

Well, in the absence of any possible Democratic/Republican new tax code, yes.

Random, wild, irresponsible redistribution of unimaginable amounts of money works. It’s been proven. The U.S. bailouts worked. We saved the billionaires from disappearing.