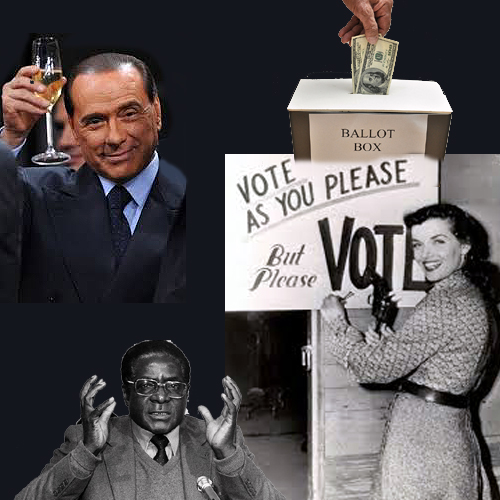 Some may call it growing pains, but Kenyans are having second and third and fourth thoughts about their new constitution.

Invoking “Dream Week,” one of Kenya’s most read analysts wrote this week, “…many will also be thinking of a broken promise. The great new society we were to build has become mired in the same old, tired, dirty, backward politics driven by moneyed ethnic warlords with the support of stupid cheering and jeering masses.”

We progressives are just incapable of understanding why everyone isn’t nice. So we build institutions and construct constitutions to promulgate niceness. We support regulations to prevent badness.

Our work is stellar, as is absolutely the case of the Kenyan constitution, and to be sure, the relatively new South African constitution.

Affirmative action is carved in stone until utopia can at least be imagined. Taxing is fabulously progressive. Housing is a guaranteed human right. (And need I mention health care?)

So what is everyone griping about?

“At present what we have is Senate not worth the name, one that would not be missed if it was abolished.”

“Arbitrarily plucking figures out of thin air will not properly address the issue of revenue sharing.”

Wasn’t it Rep. Bachman who claimed that 70% of food stamps funds goes to “salaries and pensions for the bureaucrats” when it is actually less than 5%?

And then her claim was rebroadcast by several Fox news commentators?

But despite the black and white nature of so many issues, today, “A quick and thoroughly unscientific survey tells me that the public right now is not that hungry for a political showdown,” Gaitho concludes.

Especially when a new mideast war is right around the corner.

So “we are inured to betrayal, in fact we welcome it and revel in it going by the type of leaders we subject ourselves to.”

It’s a worldwide disease: voting against our self-interest then complaining with the result, either because we’ve been duped or we’re just too exhausted to figure it all out.

The comments to Gaitho’s analysis were charged. Many deduced from what he wrote that the problem was the ethnicity of Kenyan voters. (I’d make a parallel with the “ideology” of American voters.) In KenyaSpeak, today, it’s call the “tyranny of numbers.”

Kazora commented that the “Tyranny of numbers only works against poorly prepared candidates relying on court poets and jesters to bring in the numbers.”