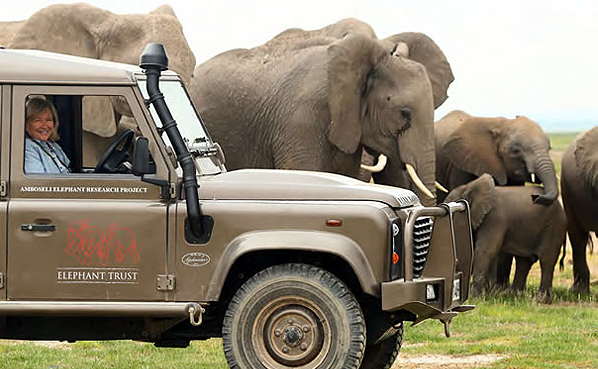 One of the most important elephant organizations in the world, Cynthia Moss’ Elephant Trust, has minimized any imminent threat of elephant extinction and quite to the contrary reaffirmed the need “to promote coexistence between increasing numbers of humans and elephants.”

Over the last few years there have been literally dozens, if not hundreds, of not-for-profit organizations using inflammatory claims that elephants are on the brink of extinction in order to raise funds. This was malfeasance little different from Fox News.

Moss’ organization has reset the “elephant problem” in the right way.

Elephants are declining continent-wide, like lions and other large beasts, principally because their wilderness is being subdivided for three-bedroom houses, plastic factories, large-scale agricultural developments, super highways, high speed rail and giant airports. In several cases massive hydroelectric dams will reduce by half huge habitats.

No one denies the above.

What has been so horribly egregious are the fund-raising claims by organizations from National Geographic to the African Wildlife Organization implying imminent elephant extinction because of increased poaching. The competition to raise funds got so intense that even well-respected media outlets, like NPR, began reporting false or distorted information.

There was never a chance that this current round of poaching could extirpate elephants. It just wasn’t statistically possible.

Harvesting public attention in a demonstrably false way ultimately damages the long-term cause. Fox News’ viewership will decline, at some point precipitously. We don’t want public attention to abandon elephants. The obverse of the false promotion is not true: elephants aren’t OK.

As the Elephant Trust and many other organizations have explained, the central problem with elephants is the human/elephant conflict in a modernizing Africa.

That’s a lot more complex than stopping a gang of kids from killing an elephant. And what is so hopeful about the Elephant Trust’s recent science is that they think they have demonstrated they can handle this challenge.

Along with this statement ignoring extirpation of elephant by poaching, the Trust provided a really fun “visualization” of how over the years the Trust’s main responsibility, Amboseli National Park, has remained essentially healthy and grown its elephant population.

Through the corporate years of poaching, through droughts and floods, through banditry and obstacles thrown up by politics, Amboseli’s elephant population has grown and is healthy.

You should visit the Trust to view its programs. There’s no single explanation for this health. There are multiple projects including a big push for public education on the ecosystem’s need for elephants. The human part of the equation requires that developing local populations benefit from developing elephant populations.

All of this and more if arcane but critically important research and project implementation might have trouble garnering public attention. The more scientists diminish a crisis, the less interested we become.

But that’s exactly what they’re supposed to do.