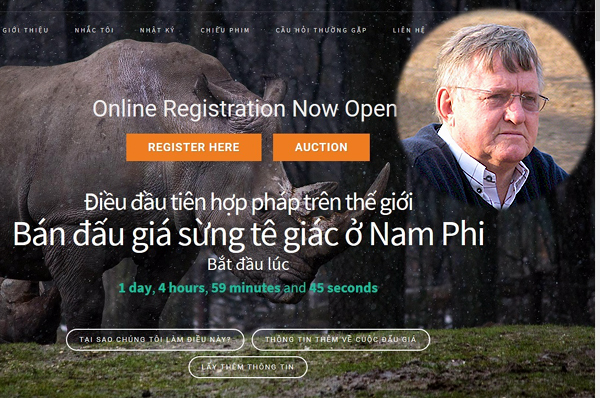 Getting the whole wide world to agree on something isn’t easy. It represents man’s greatest achievement: These treaties define mankind. Friday, one man in South Africa will defy one of these treaties with the blessings of a misguided South African court.

CITES is one of those 65 world treaties, and its adoption in the late 1980s saved a lot of our planet from extinction. But its mission legacy was to affirm the intractable connection between man and all the other living things on his planet and the notion that tampering willy nilly with these connections could be suicidal for mankind.

The treaty does not claim there is something morally sacrosanct about elephants. Rather it confirms that the unintended sudden removal of elephants from the ecosystem has the potential for so many further unexpected domino effects on the planet that even man might then be threatened.

Using elephants as an example, the extinction of the jumbo would have had manifold negative effects on Africa’s ecosystem. One of multiple examples involves elephants’ normal routine to plow things down: to eat their tops or simply because they’re in its way! This normal behavior fells usually old forests and turns them into savannas. With time, new forests arise as the elephants move on to other forests.

This destruction and regeneration is necessary to the health of hundreds if not thousands of other animals, plants and insects in the African wilderness. We don’t know what would happen for sure if this were eliminated, but since we don’t know, and we like what we currently have, don’t tamper!

There are many other benefits, too. Saving a certain type of rubber tree from further commercial harvesting gave rise a few years later to the discovery of a cure (carried naturally in that tree) for river blindness.

Rhino is an African animal protected by CITES, like elephants. No part of the rhino – alive or dead – is allowed to cross international boundaries. That’s how world trade agreements are enforced, at the border.

The one species of rubber tree was threatened with extinction because of the commercial development of rubber. Elephant and rhino are threatened because ivory is an unique foundation for sculpture, and rhino horn is traditionally used as an Asian medicine: Commerce, art and traditional medicine have all been willfully curtailed by their own governing societies for the greater good of mankind.

The world’s largest rhino breeder has found a way around this.

John Hume opens a global auction for rhino horn on Friday through this website. (The website is being repeatedly hacked. I’ve taken snapshots of it, available to you by email.)

CITES does not govern the trade of endangered species within any single country: it can’t. Global agreements have no authority within the societies that make up those agreements.

So why does he have websites in Vietnamese and Mandarin?

Hume’s justification is pitiful: He argues that “my mission in life is to save the rhino from extinction” and that only trade, not prohibition, will succeed in doing so.

Rhino are doing very well in heavily protected, fenced areas like John’s farm. They will easily survive if the demand for their horn is not stoked by the selfish John Humes of the world. Once a market is reopened, the danger to reserves like Kenya’s Lewa Downs or South Africa’s Hluhluwe – where thousands of rhino exist today – starts all over, again.