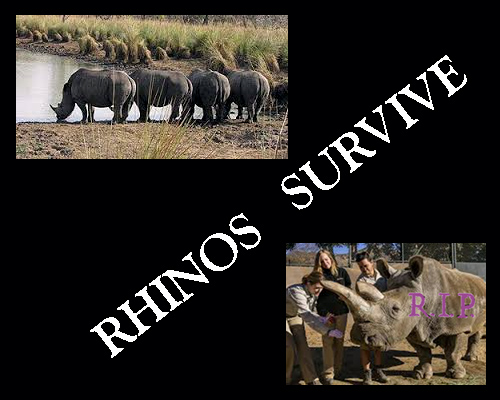 Science is not a Fox News forte, and they shouldn’t have tried to report this weekend’s death of Nola, the rhino in San Diego.

“The subspecies has been decimated by poachers… The horns are in high demand in parts of Asia where some people claim they have medicinal properties for treating everything from hangovers to cancer,” Fox reported.

Like much news telling only some of the story leads to massively misunderstanding it. This is a Fox News forte.

First, vigorous debate continues in the scientific community as to whether this rhino and its three remaining cousins still alive in a reserve in Kenya are, in fact, subspecies of the 20,000 white rhino that survive in South Africa.

The Northern White Rhino (NWR), of which Nola claims descent, has been considered a pretty distinct animal from its much more successful southern cousins (SWR) throughout my lifetime. I remember in the early days seeing them frequently in Meru National Park in Kenya.

Their difference is slightly taxonomic, but in 2010 several scientists delved into the DNA and concluded NWR was a sub-species. But many scientists then and now vigorously disagree.

More to the point, a heavily read science blogger in 2010 explained, “The danger in [suggesting a separate sub-species exists] could eventually backfire: it would not look good if zoologists were thought to be tweaking their conclusions in order to suit their favoured conservation projects.”

Many animal species — indeed including ourselves — develop slight genetic differences and even greater taxonomic differences simply by long periods of geographic separation. The scientists who believe the NWR is a separate sub-species believe that divergence was a million years ago.

Fox also simplified to the point of near falsehood regarding the reasons rhino are poached:

Rhino poachers are motivated far more by a Mideast market than an Asian one, albeit both markets exist. But a poacher’s pay is considerably higher from a buyer in Yemen or Djibouti than Hong Kong.

In the Mideast a rhino horn is polished up to become a dagger handle presented to rich young men by even richer fathers at their rite de passage. The Asian market is a close second, but what is noteworthy is that today’s conflicts in the Mideast have actually enhanced this market, as anything anti-western (like conservation) grows in popularity.

Fox also messed up seriously the suggestions that the subspecies might be saved by in vitro fertilization. I wrote extensively about this in 2009.

Reuters as usual got the Nola death more correctly.

What concerns me is the range of unhelpful conclusions that people of widely different predispositions will have with the notion that an animal has “gone extinct.”

African rhino as a whole are in need of our serious attention, and in fact a lot of good is being done. I think many will agree with me, today, that the white rhino will be saved when only 15 or 20 years ago we doubted this would be possible.

Perhaps it’s the desire for scandal, but the notion that the death of the San Diego rhino presages the death of all rhino is right up the ally of Fox News, or more to the point, its readers.

And once again, they’re wrong.