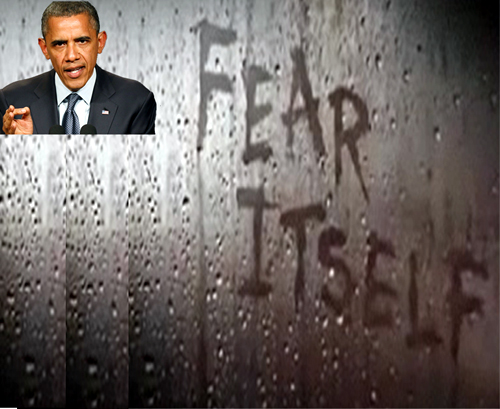 There’s a side to Barack Obama few ever notice. It may be the same side, the same expression of every President since our revolution, but it troubles me gravely in today’s modern, interconnected world.

It’s the obsession with defense.

I’ve written often about how incredibly militaristic Obama is in Africa, as we pursue the War on Terror. Now a study just getting notice but completed nearly two weeks ago by the University of California-Berkeley charges the Obama administration with direct involvement in toppling the Egyptian government of President Morsi.

“… a review of dozens of US federal government documents shows Washington has quietly funded senior Egyptian opposition figures who called for toppling of the country’s now-deposed president Mohamed Morsi,” the study which was published in AlJazeera reveals.

There is a time in every young and emerging great politician’s career when “example” is held higher than “force”:

“To overcome extremism, we must also be vigilant in upholding the values our troops defend – because there is no force in the world more powerful than the example of America,” young Obama once intoned to America.

Either the questionable if immoral foreign policies of America have now become part of the “values our troops defend” or young Obama has strayed far from his founding principles.

It would hardly be the first time one country violated another country’s law in the arena of global power. More to that point in a minute.

But violating U.S. law may have become little more than a past time of American administrations obsessed with “security” and “defense.” In my own life time we have everything as pitifully irrelevant as the invasion of Granada to earth-shattering wars in Vietnam and Iraq, and now to the wholesale disregard of human rights in the Administration’s interpretation of the Patriot Act.

You see the intellectual difficulty. What if we are more safe? Who cares about the moral costs?

“The State Department’s programme, dubbed by US officials as a “democracy assistance” initiative, is part of a wider Obama administration effort to try to stop the retreat of pro-Washington secularists,” writes Emad Mekay, the brilliant young Berkeley student who authored the article.

Read the whole article to learn the fascinating and intricate details, almost as clever and carefully orchestrated as spying during the Cold War. And I have nothing against spying or pursuing foreign policy cleverly.

But times have changed.

There is no Cold War. China and America, the world’s two greatest protagonists are so incredibly dependent upon one another that “live-and-let-live” has been reduced to “self preservation.”

All that’s left, really, is the War on Terror. It’s a high-tech version of Bobby Kennedy’s destruction of the mob. There’s nothing illegitimate about it, and more to the point, there’s nothing overly American about it.

The War on Terror actually came a bit later to America than to Britain, Germany, Japan and a host of other countries. We may have been the site of the greatest single terrorist event, but I for one believe that was because of a bumbling administration who failed to see simple warning signs.

The blurry edge of legality, particularly in a global perspective, gives enormous latitude to those in power to fiddle with morality.