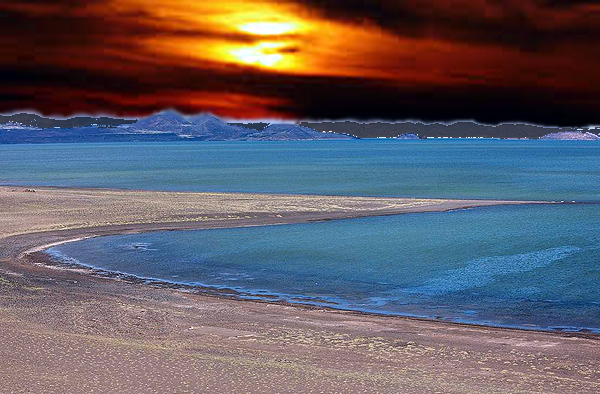 Money can’t buy everything. By all accounts the four young Americans who were killed Sunday in a helicopter crash in Kenya were America’s finest: generous, innovative, energetic and … very, very rich.

Too starry-eyed to see the dangers, too ambitious to move slowly in a world where speed is death, the poor souls must now suffer the indignity of becoming a part of another Kenyan scandal.

Speaking to the San Diego Tribune, the younger brother of one of Burke’s closest friends who was also killed in the crash said, “(Burke) ended up acquiring part of the lodge with the vision to (create) this entrepreneurial paradise where high-level executives could go and explore Africa in a way they hadn’t explored it before.”

Burke invited seven friends to experience what he had in mind. While we don’t know their whole safari itinerary, we do know that they arrived Lobolo Camp on Lake Turkana at 4 p.m. Sunday afternoon in helicopters. Lobolo is one of two tourist properties on the enormous Lake Turkana which lies in a near-desert stretching down from the border of Ethiopia.

This is far off the regular tourist circuit. For persons without budget concerns you can pick up a helicopter from Nanyuki near Mt. Kenya and get to Lobolo in about ninety minutes. From Nairobi where there are more helicopters, it would take an additional hour.

Lake Turkana is a very unique, wondrous place. Its rich biomass is dominated by the world’s largest crocodiles, hippos and huge fish. Its shores include some of the richest early man sites in Africa.

One of the main activities for tourists visiting the area is to travel to Central Island where many of the crocs can be seen and where several volcanic vents often spout sulphur vapors. This is an ordinary excursion normally taken by speedboat from Lobolo, about a half hour ride over the lake. Faster, of course, is a helicopter.

In both cases, speedboat or helicopter, park regulations forbid arrival after 6 p.m. Central Island, operated by the Kenya Wildlife Service (KWS), forbids any day visitor remaining beyond sunset. This is because regardless of the weather during the day in this near-desert environment, night time often brings sudden strong winds 40-50 miles per hour. This makes flying or boating treacherous.

The Kenya National Police announced Sunday on its twitter feed that one of the group’s two helicopters crashed at 8 p.m. The Associated Press reported the crash was at 8:30p. A spokesman for KWS told Kenya’s Daily Nation, “We don’t know why they were trying to access the island at night. One of the helicopters crashed as they attempted to find their way back to Lobolo.”

The presumption, then, is that the seven kids arrived Lobolo Camp towards the end of the day, and defying all regulations and experience refused to wait until the next day to visit Central Island.

Were it only to end there.

Minutes after social media carried the report Sunday night, numerous reports circulated that the helicopters were owned illicitly by Kenya’s Deputy Prime Minister, William Ruto. “Illicit” is not a fact, but a presumption born of Ruto’s current enormous scandals as he’s investigated by various government agencies for all matters of corruption.

Minutes later it was further reported that the pilot killed was also Kenya’s “finest,” a decorated war hero possibly too closely associated to Ruto.

The rumors circulating Nairobi today are vicious and wholly disrespectful of the known situation with the Americans. Most are unbelievable, but I’ve been around Kenya long enough to believe the unbelievable.

What’s clear is this. No tourist professional in their right mind would have anything to do with any Nairobi politician much less one with such a high profile as Ruto. Two: Not even the smartest and richest person in the world can alter Turkana’s natural forces: no one should enter the desert without knowing what these forces are and respecting them.

The tragedy? The brashness of youth combined with the impetuous belief that everything can be bought. But in the wilderness of Africa some things are priceless: politics and the wind are two.