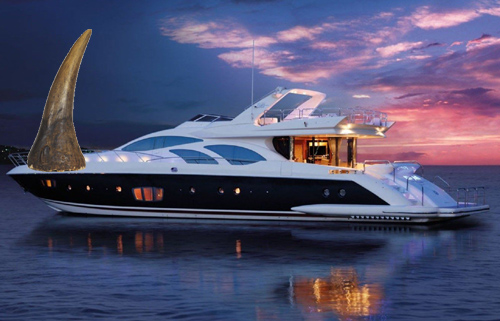 The escalating poaching of elephants and rhinos will not stop until the increasing gap between rich and poor is stopped.

There is mixed information right now about whether or not the poaching of elephants has slightly slowed, but even so it remains at relatively high levels.

But the poaching of rhino is escalating and is of most serious concern because there are far fewer rhino than elephant.

Indian rhino are a particularly endangered species, and rich Indian consumers are among the Asians who purchase rhino products as medicines.

Kaziranga National Park in India’s Assam is the center of the rhino war in India.

The irony is that until just the last few years the trouble in Assam was not with rhino poaching, but Muslim extremists. I regularly visited Kaziranga in the 1980s before it was often closed to tourists because of this political extremism.

While much of the world is suffering from religious extremism, and while it continues in Assam, rhino poaching is now a bigger issue, there.

Over the last few years efforts to curb both elephant and rhino poaching have been massive, and much of this has been successful. Why, then, does the problem continue?

“Rhino horn is worth more than gold,” explains Jeremy Hance writing for the ecological journal, Mongabay.

The price of rhino horn has never gone down, but the fluctuations in the gold price have meant that there were times – about a decade ago when gold was at historic lows – that rhino horn was more expensive.

But in today’s world, with gold above $1600/ounce, it’s astounding that a natural-product medicine – which is what rhino horn is used for – would command a greater price.

Modern Asian’s use of animal product medicines is just like American’s use of natural products bought at health food stores. Of course there are fanatics, but most of us use them as supplements, not as principal treatments.

The analogy continues to the demographics in the market. Natural product health foods in American generally are used by an increasingly wealthy upper class.

The increasing spread between the rich and the poor gives the rich much more disposable income, and that will increasingly be spent on luxury goods and ancillary and tertiary products … like rhino horn and ivory.

A rich man’s fancies are a market man’s treasure, because the cost of a hobby or a fancy escalates far faster and higher than normal consumables in the market.

The dynamic is double-edged. As the rich get richer, they play more with their fancies and hobbies. At the same time the poor get poorer and more desperate and are willing to attempt risky business like poaching just to survive.

Of course the lack of today’s societies to distribute wealth fairly has much graver outcomes than the extinction of animals, but conservationists understanding of the route cause of their battle may at last force their politics to the fore.

Climate change, health care, a minimum wage and fair earnings – these are all issues that suffer when wealth is unfairly distributed to the powerful rich people of the world.

Add to that, now, the biodiversity of earth.