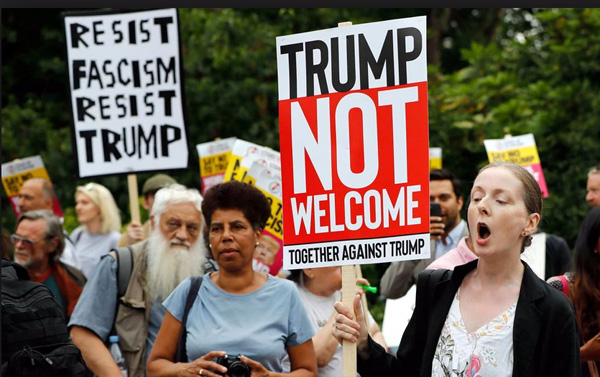 I’m in Ireland on a slow route to Africa. But unlike Donald Trump who arrives the day we leave, we did not refuse the allure of Dublin for the “greatness” of Trump’s Doonberg Golf Club.

Trump with family ensuite stiffed Prime Minister Leo Varadkar because he’s gay and despite several kind overtures by the Irish government to meet on neutral grounds Trump insisted and insisted that the sick prime minister meet only in the manclub of Doonberg.

A compromise was ultimately reached. The Heads of State will now parlay in Shannon Airport shortly after the arrival of Air Force One, and well before the first afternoon tee time.