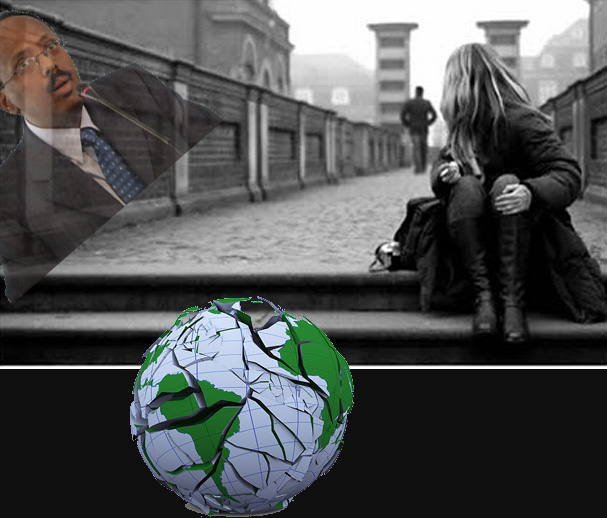 In a friendly coffee house in Arusha this morning we discussed the historic election yesterday of Somalia’s first democratically elected president. There were only Tanzanians and me, but one of the Tanzanians had Somali relatives.

There are great hopes for President Mohamed Abdullahi Mohamed who has widespread support and seeks more U.S. involvement in addition to holding U.S. citizenship. His greatest challenge: He could be banned from entering the United States by Trump’s executive order.

I arrived in northern Tanzania yesterday afternoon to greet a couple old friends and as we always do, exchange pleasantries about family. An important associate has a genius of a daughter who will finish high school this year and has been planning for a number of years to go to the U.S. for college.

Now, it’s not so certain. I told her father that he should continue all the normal application processes because it’s still months down the line and the current travel ban remains in flux and besides, would not apply to her (since she isn’t a national of one of the seven countries).

Everyone already understood this. That isn’t their worry.

“America is becoming worrisome,” one younger man said quietly but with conviction. He did not remove his gaze from mine as he waited for me to answer.

Everyone was quiet for a minute while they gauged if they had been too impolite to me. But I assured them that I understood, because I was an American and my country was worrying me, too.

The relief settled in quickly and the questions came rapidly: would they be able to visit America ever again? Are Americans going to be able to travel freely, now, what happens if Egypt, for example, bans them? And then someone suggested by way of asking, “You elected Trump. Are there no good things about him?”

We were speaking English and only occasionally lapsing into Swahili but now I felt totally incapable of speaking. It was like I flipped through my poor abilities in several other languages searching for a way to explain.

Before I could answer the same young fellow said, “Most Americans like him.”

I was able to retort immediately, “Most Americans don’t like him.” The few assembled did not seem to know before this conversation that Trump didn’t win the popular vote, and they were fascinated that a country so obsessed with democracy would harbor such a system.

But the original question lingered, and I finally had an answer.

“He plays on fears…”

“..of immigrants,” the astute fellow explained. Everyone already seemed to know that, too, and in a way I’ve never experienced before these ultra friendly Tanzanians seemed to contract from me. Were they – in America’s complex lexicon of politics and prosperity – also considered immigrants, now?

Just because they were African and black?

The world is not like it was when I first traveled abroad a half century ago. A young fellow in a bar in Tanzania is as likely to be as smart and masterful of how the world works as a kid in a bar in Brooklyn. We all depend so much upon one another, but now, for the first time in 50 years in my experience, we are growing apart.