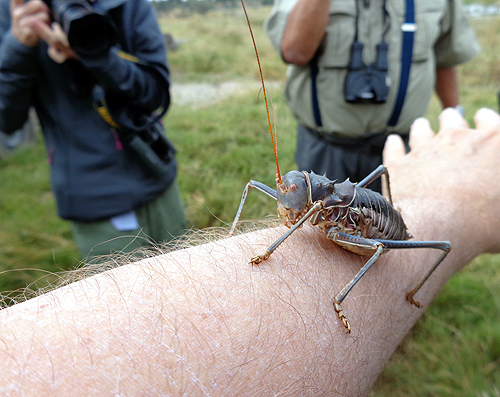 What surprising things we saw in the Makgadikgadi Pans! Red maned zebra, giant crickets, wattled cranes, tons of ele, and what’s left of the Botswana migration.

We stayed at a relatively new lodge on the Botete River, a river that had all been lost more than 30 years ago when Lake Ngami dried up. 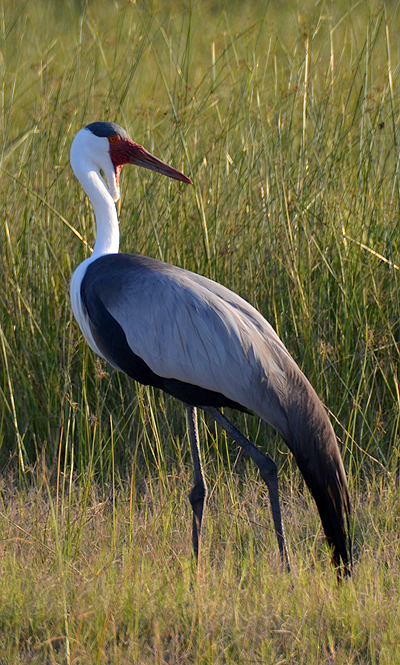 But three years ago it was in full flow once again, as it had been for centuries, and the animals returned!

The Botete defines the southwestern boundary of Makgadikgadi Pans national park. Together with Nxai Pan and a bunch of smaller pans this contiguous area is one of the most unique in the world.

During the heavy rains in the beginning of the year, these pans pool ever so slightly with water. The Kalahari sand soil drains water quickly, though, and without the constant thunderstorms of January and February, the pans are often dry. 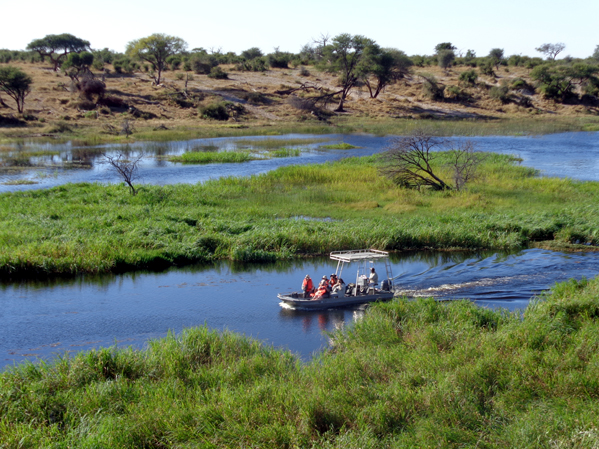 At that point they resemble any great sand lake depression found around the world. Their uniqueness comes from the precious sets of grasses and plants that flourish at the perimeter of the pans and bloom in the rains.

This attracts the herbivores and triggers their migration from more wooded areas with more permanent sources of water. But the extraordinary nutrition of these new grasses and plants is just what the zebra and wildebeest need as they prepare to calve.

The destructive veterinary fences erected throughout Botswana in the last half century destroyed most of the herbivore migrations and greatly reduced their numbers. But what’s left now moves between the Kalahari and the Pans, and we caught it on its southern movement from Nxai Pan towards Makgadikgadi Pan, the shift triggered by the end of the rains and the onset of winter.

We saw the migration happening during a long day trip from our camp in the Makgadikgadi north via Baine’s Baobabs into Nxai Pan.

What we saw were dozens of elephant and probably a hundred giraffe all methodically moving south. Zebra are actually supposed to be the bulk of the migration, and we did see dozens but not more. But among those we did see was a striking red-maned zebra with a red-and-beige tail!

I’ve seen unusually colored animals throughout my career, including white and silver haired lions, and even a white wildebeest. But I’ve never seen a primary color variation as with this particular zebra. There was no doubt it was natural, as he had just swum across the Botete and thoroughly soaked himself.

In Nxai Pan we saw the lingerers, good numbers of wildebeest and zebra. They were nibbling at the last of the green grass. We also saw lots of springbok in Nxai that will not migrate, plus a good number of gemsbok.

Botswana, like all of the southern African countries, maintains “boreholes” (well stations with automatic pumps) throughout their national parks. These are specifically designed for the wild animals to help them cope and prosper in the very intensely dry winter of southern Africa.

It’s a wildlife management technique that remains controversial, but the fact is that without these boreholes there would be so few terrestrial herbivore herds left in Botswana, and so many fewer lion families, that big game would be drastically reduced, limited to the Delta, the area’s few natural aquifers and river systems.

Without boreholes, the Pans would of course retain their mystical beauty, but would essentially be without much big game. Whereas what we were lucky enough to see, while not approaching the concentration of East Africa’s herds, was certainly as good or better than anywhere else in southern Africa.

And the remoteness, otherwise untouched and harsh beauty of this fragile area of our planet, is an absolute wonder to behold.

And now, onto The Delta! Stay tuned! 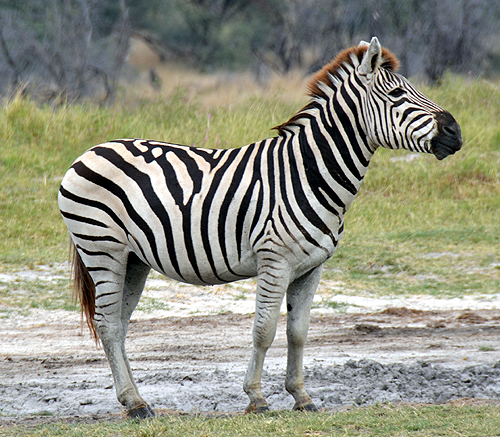