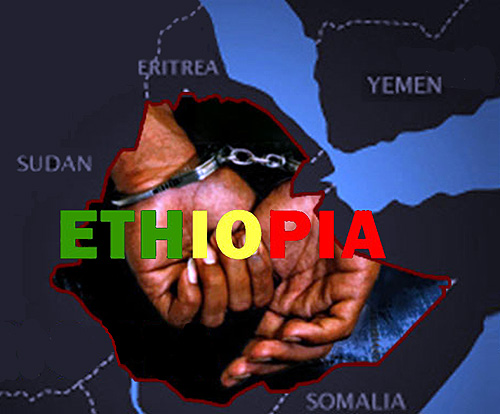 The U.S. continues to strengthen its ties with arguably Africa’s most oppressive regime, Ethiopia, because the enemy of your enemy is your friend.

By doing so if not actually supporting we are facilitating mass executions of regime opponents, widespread suppression of freedom and liberty in a politic totally opposed to our values. This is realpolitik.

Currently the Ethiopian regime is on a systematic “crackdown” of opponents which has all the initial hallmarks of genocide. Initially the government roundup was met with unusually large, widespread public demonstrations in virtually every city in the country.

That has all but died down as thousands have been arrested and likely hundreds killed.

When this crackdown began, President Obama traveled to Ethiopia and addressed a conference of the African Union in Addis Ababa. While his speech was measured his presence was all that the regime needed to pursue its oppressive policies.

Earlier our Under Secretary of State for Africa, Wendy Sherman, lauded Ethiopia’s sham election prompting the Washington Post to call her remarks, “startling.”

This unusual relationship with Ethiopia is long-standing, a Cold War remnant. Back then western and eastern world powers divided Africa up like a quilt. When Russia supported Ethiopia, the U.S. supported neighboring Kenya and Somalia, and then China hopscotched one country south and supported Tanzania… and so on.

The “Ogaden Wars” began in the late 1970s, ostensibly when Somalia invaded Ethiopia unprovoked. Somalia and Ethiopia were two of the poorest, most destitute and poorly governed societies on earth. Where did they get their 2000 tanks?

The U.S. completely armed Somalia. The Soviet Union completely armed Ethiopia and the nonexistent Ethiopian army was suddenly mastered by Cubans. The wars went on for years. Possibly hundreds of thousands were slaughtered. Don’t you remember? Or were you busy watching “Happy Days” and “Laverne & Shirley?”

By the way, there is nothing in the Ogaden … but desert.

The wars ended indecisively, heralded as a perfect example of Cold War mutual deterrence. Under the disastrous African policy of the Bill Clinton years, we abandoned Somalia after Blackhawk Down. We worked and worked to justify those horrible years of Bill Clinton in Africa and the ultimate disaster of the Rwandan genocide.

We reforged in titanium steel a relationship with Ethiopia in 2007 since Ethiopia remained Somalia’s arch enemy, and at the time, Somalia was al-Shabaab.

We then massively armed Kenya and instigated the October 2011 invasion of Somalia.

Finally, in January, 2013, America could say that its warring ways created a better society for a new Somalia. Al-Shabaab remains on the run and the new Somalia government seems stronger every day.

Uhm, “on the run” is not “eliminated.” Never will be. You can’t eliminate terrorists. The best we can do now is to suppress them.

We do that by supporting anybody, any regime, any despicable government that will fight them. Ergo, the United States’ relationship with Ethiopia. Oh and by the way, this proxy of ours isn’t necessarily interested in complete success.

What would happen to our loving relationship if the terrorists really were eliminated?