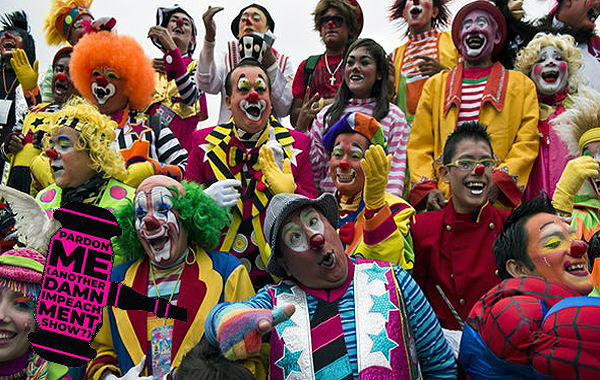 America, your weak, lilly-white specious religious and facetious democracy with its high faluting quasi morality is in complete meltdown. Wide-eyed Africans watch in disbelief. The “trust” and “transparency” and “morality” of the self-styled always-correct America that kept them at bay are evaporating into thin air like the last drops of water in a burning world.

I can find only one – not two – pardons given by any African chief executive in the last century that comes a mile close to what Trump did yesterday. But guess what. They’ll be rolling off the equatorial alabasters, now.

Americans always had a hard time owning up to their righteousness. They either equivocated it falsely believing that further proved it (count me among those), or they exaggerated it with specious beliefs in eternal life.

Practical folks saw right through that. But for years and years it worked, if that’s what you want to call it, now.

The west, unable to foster real democracy and morality, tried it on Africa. It sort of worked, while the west aged and decayed.

So I don’t blame Trump and his team outright. I blame the faux on the House of Morality that ultimately assured someone like Trump would come to power.

I blame a dilapidated constitution glorious in the days of colonial persecution kept on the shelves undusted for so long it so rotted that political dons are afraid to change it for fear it will disintegrate.

I blame the privilege that coopts people like me. I blame video games and parents that drag their kids to movies competing for the largest number of exploding car crashes or bloody murders. I blame armies of morally conscripted underprivileged. I blame greed. Greed most of all. The fear of losing even one cent in your penny bank and the complete despair of heroism that there is something worth losing everything for.

So inevitably, the time of I-told-you-so arrives.

Rwanda’s constitution, something of a joke since the president-for-life writes most of it, allows the same wide latitudes of clemency than Trump just exercised. But that’s it for the whole continent. The place you think is so corrupt.

Everywhere else (except Nigeria) it would be virtually impossible for an African chief executive to pardon or commute the types of felons Trump washed out yesterday.

And even in Nigeria where a decade ago a historic single pardon similar to what Trump did multiple times yesterday, there have been only 11 pardons in its entire history! The one a decade ago elicited huge rebuke from the United States and birthed a political movement to amend the constitution to prevent future pardons.

There have been thousands of pardons in Kenya. But they’re all for petty crimes like traffic violations that led to jail.

In Kenya pardons must be sanctioned by the “Advisory Committee on the Power of Mercy.” Otherwise the chief executive is likely himself to be impeached.

The Committee, of course, is political but must include five members who can’t be state or elected officials. The result is that there no pardons of significant crimes.

South Africa’s clemency rule is strict. The President can exercise clemency but in highly restricted ways.

First, only “minor” offenses can be pardoned. “Minor” is somewhat subjective but is determined for the purpose of this law as offenders who were NOT immediately incarcerated after being found guilty. When South African judges end their sentencing with an immediate-go-to-jail ruling, the offense is considered “major.” These can never be pardoned.

And the resultant “minor” offenses can only be pardoned after a minimum of ten years following the conviction! Ergo, few pardons.

But you know how strange those banana republics are. Over years and years the U.S. successfully pressured them to be moral.

What Trump did yesterday is determinative, a distinct turning point. I read one story, then another and actually found myself getting sick.

Then, I realized it wasn’t disgust. It’s fear.