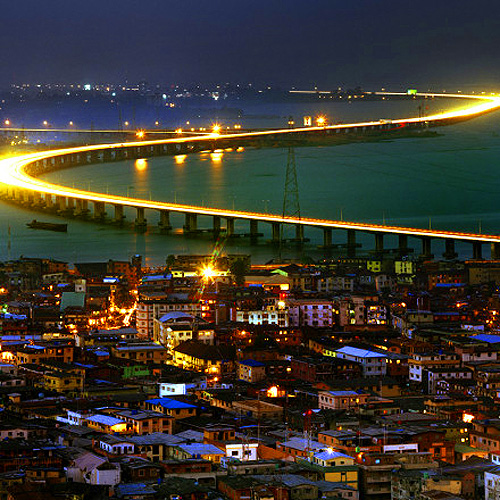 What’s going on in Nigeria is Art: The Art of Life in a mega-city after the village. The Art of Survival in the age of Snowden. It’s a mega-mess, beautiful and getting better. By most accounts there’s less of a chance you’ll get killed, now, but if you do it’s likely your coffin will be fusia colored.

The Lagos Photo Festival opened last weekend and will run through the middle of the month in, yes gulp but then reconsider, Lagos.

Lagos is doing better. Let’s start with the worst: it’s 15 million large and growing (the actual gazetted city is 10 million; surrounding areas that are indistinguishable from this core, another 5 million). There are frequent power outages, although they’re brief. There’s still widespread crime at all levels, from pickpocketing to kidnappings, and the huge police presence is basically there to institutionalize it all. 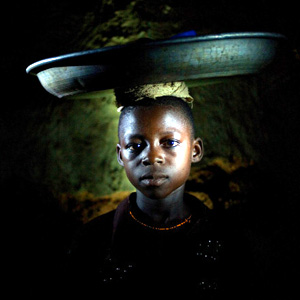 But truly, the locals, both Nigerians and some of the near 40,000 paid expatriates, think in just the last two years things are definitely improving.

“Vibrant chaos,” is how one of dozens and dozens of expats blogging about “Life In Lagos” puts it.

And practically everyone points to the new governor, recently reelected with 81% of a totally fair and democratic vote, as the reason.

Babatunde Raji Fashola (San) has crushed much of the mafia, reformed much of the police and significantly improved delivery of public services in a short two years. How? By stopping so much of the corruption that siphoned off public funds.

Nigeria can easily be Africa’s richest country. Yes, even richer than South Africa, and that’s a simple calculation of the amount of oil it can still produce.

The Lagos Photo Festival seems to me to embody all that’s good and exciting about this very recent transition from crime and moral oppression into a legitimate society.

What I’ve seen digitally is definitely in the forefront of photo art. Much of it understandably builds on color, as a given characteristic of almost anywhere in Africa. Another central theme among the 50 artists being exhibited is order from chaos, somewhat embodied in the festival’s title, “From Village to MegaCity.” 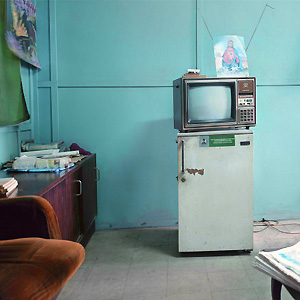 When Guernica magazine asked the LPF founder, Azu Nwagbogu, why he created a festival dedicated to photography, he replied, ”[That is] the fastest growing art tool on the continent, and it’s perhaps the easiest to gain access to.”

Nwagbogu is not any more a photographer than a musician. In fact, what he really is is a trained public health official who almost became a professional boxer. Rich enough to wander through Lagos’s new social scene easily, he’s able to command the network that can create something meaningful in a sea of 15 million.

It’s a sad fact, today, in Africa that capitalism is exploding so fast that the trajectory of the rich leads them quickly away from their roots. Many of the artists Nwagbogu has collected for this festival are unknown, precisely because they weren’t rich enough to emerge out of the hoards.

A great example is Afoso Sulayman, born in Makoko, one of Nigeria’s biggest slums. His work is definitely inferior to many of the others, but he’s only begun. He claims to have been photographing for less than a year.

That type of affirmative action in an art festival is something only Africa dare do. And it may ultimately lead not just to new amalgams but new definitions of what art in the modern world really is. 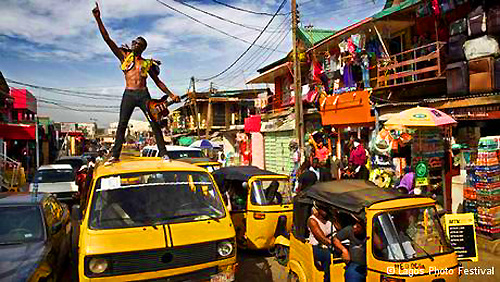