Taking a lesson from Jewish history, the Kenyans begin an important conference tomorrow outside Boston to boost their country to world prominence by 2030.

The official conference name is “Tap into Wealth”, but the name being used repeatedly in the Kenyan press is the “Diaspora Conference.”

Kenya’s certainty of becoming a middle-income nation by 2030 was given an important lift last month with the passage of its new constitution. That document gives dual citizenship to all Kenyans living abroad, and according to Kenya’s Business Daily immediately resulted in increased remittances and queries for new business partnerships from America.

Currently, Kenyans abroad remit more than $1.2 billion annually to Kenya and more than half of that comes from America. Kenya’s entire GDP for 2009 is estimated at just over $60 billion, so that represents a whopping 2% of GDP.

The process of enfranchising and then actively soliciting the franchised is a page out of the Book of the State of Israel, and the Kenyans are quick to point this out. 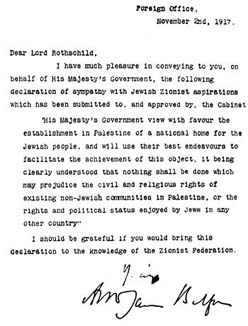 Following the November 2, 1917, letter by then British Foreign Secretary James Balfour to Baron Rothschild, a leader of the British Jewish community, underlining the British vision to develop Palestine for displaced Jews, investment from the Jewish Diaspora began to flood into Palestine and has not stopped since.

Kenyans study this aspect of Jewish history with a view to recreating the conditions, today, that the British created in Palestine in 1917.

Kenyatta is the son of Kenya’s first president, Jomo Kenyatta, and now the head of one of Kenya’s richest families. He is also widely seen as a presidential contender. Ranneberger is one of America’s most respected ambassadors in a generation, having worked tirelessly to bring Kenya and its constitution to the position it currently enjoys.

But underneath the glitter and star power will be a number of American Kenyans who now for the first time will have unfettered access to Kenyan development, because they will be considered normal Kenyan citizens.

Two of the principal U.S. organizers include Peter Wairegi, publisher of the African American Lifestyle magazine and on-line services, and Wilfred Saroni, current head of a Boston media group and formerly the CEO of a health care training college. In 2006 senior members of Congress awarded Saroni the “Ronald Reagan Republican Gold Medal.”

My interest is Kenya, but many other emerging countries in the world have similar plans. We as Americans need to take these seriously, as we didn’t the Brazilian and Chinese explosions onto the world scene.