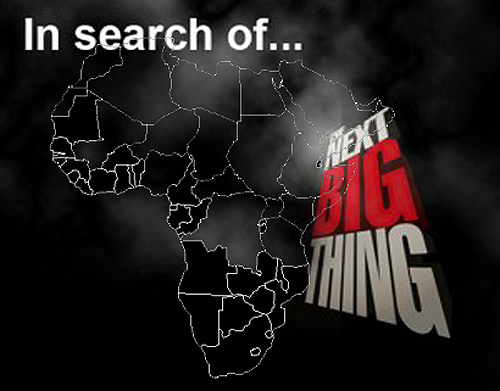 If only Africa had enough eight-cent vaccines, free elections, power plants, kids toys or TOMS shoes then it would all fall together. Sigh.

How often have you heard these quasi-truisms?

(Quick note: Can’t mention the 6% continental growth rate enough, and TOMS Shoes is one of the worst charity ideas since Scrooge recommended putting poor people in debtor’s prisons in A Christmas Carol.)

I have undoubtedly used such intellectually lazy reasoning myself in moments of confusion or frustration.

Believing that A+B would equal C if only those poor, unfortunate wretches could get their act together defers the substantial effort that would be required to understand more difficult questions, and strokes our sub-conscious bias telling us that we would do better in someone else’s shoes.

The dirty little secret of self-help books, aid industries, and all manner of 12-step plans to success is that everyone already knows 95% of the right answers.

Distributional politics—not misinformation—scuttles good ideas in favor of bad ones. Permit me a few examples.

Why are there so few roads linking secondary cities to each other in Africa, or roads between markets across borders?

Mainly because second tier cities are usually opposition strongholds, and linking them by road or rail would increase the likelihood of an alliance against the group in power.

Why do wealthy African countries consistently fail to meet the demand for electricity?

I doubt anyone believes that leaders don’t understand the relationship between power and economic growth. Of course they do. The problem revolves around who gets what! Who gets the contract, who pays which price for electricity, and which neighborhood/city will have access?

There are dozens of similar examples in the United States.

The most famous example is U.S. government research and academic funding: investing more in a few large projects would yield more break-throughs, but instead, the government spreads ineffectually small amounts to hundreds of organizations to appease political and/or state-based interests.

These political or distributional problems are even more salient in weaker states where sub-sate actors are more powerful.

The best articulation of why politics torpedoes policies that all actors agree would increase aggregate welfare concerns the difference between relative and absolute gains.

(I here begin stealing liberally from the Realist school of thought in international politics, led in its modern incarnation by Kenneth Waltz and Hans Morgenthau.)

Actors care less about large increases in absolute welfare than about gaining small advantages over strategic rivals or adversaries.

After all, if a given policy makes an entire country richer, but makes a competing ethno-regional grouping slightly wealthier than your in-group, then that competing group might use their newfound power to snuff you out. This security-dilemma often forces all actors to pursue sub-optimal policies.

These dynamics, however, do not lend themselves to easy solutions, and therefore we mostly prefer to pretend that African leaders don’t understand how important roads are, or that LSE trained African Foreign Ministers just don’t get how high tariffs distort trade.

If you ever get tired of hearing about the next big thing in development, read through some of the case studies at the Institute For Successful Societies. These are the stories of battle hardened reformers trying to implement the small or large changes that everyone knows their country or community needs.