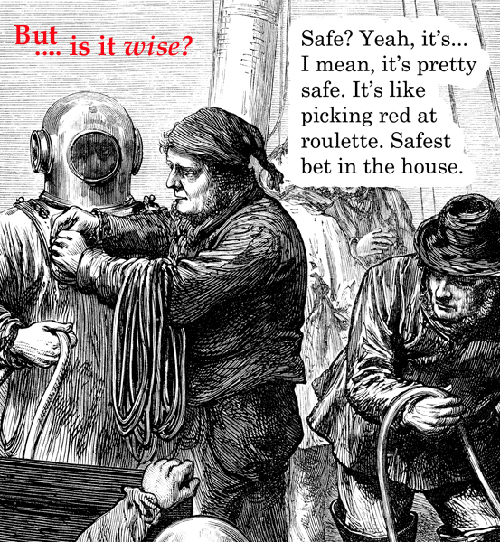 Is it safe to travel to Africa, now? Here’s the answer, and it’s not what you really wanted to ask.

I’m on my way to Africa, and just before I left I got besieged by emails and phone calls asking, “Is it safe for us to go to Africa, now?”

It’s an inadequate question, because it’s not what any of those asking really meant. Because the answer to that is a straight-forward “YES”. What people really mean is, “With all the planning and money I’ve spent on this, and with the great importance of getting home as planned but equally of enjoying this as a respite from my daily life, is the trip going to be disrupted?”

Or, more simply, “Is it wise to travel to Africa, now?”

That’s the real question, a very important one, and one that I’ll try to answer below with hints as to how you can insure you’re trip is wise, now and in the future. But first, bear with me as we get rid of the superfluous question, “Is it safe?”

Eight Americans were killed and 21 injured in Egypt in the most recent incident there to tourists: a bus crash near Aswan in December.

There were likely more than a half million tourists in Egypt during the recent disturbances, during the highest tourist period of the year. There was not one visiting tourist reported injured much less killed.

Those are the facts. It’s important not just to remember them, not just to discard them as obvious, but to embrace them so that you can really get to the important question you’re asking.

Sp bear with me a little bit more:

Every year from 1992 through 2007 tourists were attacked and killed in Egypt, a total of 252 tourists murdered plus more than 500 others seriously injured for life. The Egyptian government cracked down so heavily after 71 were killed in 1997 (including 61 gunned down while sightseeing in Luxor), deploying police at virtually every tourist crossing, that there were no tourist killings or injuries for nearly six years from 1998 through 2003.

(I’ve found slightly different figures from different sources. The above was compiled by a tourism company from Reuters reports.)

The total deaths represent 30 separate incidents. Every one got worldwide attention. Every one was front page news and headlined nightly news casts in America. In more than half of these incidents, Americans were among those dead.

And during this long period, tourism exploded. (Pun, seriously intended.)

The odds of being killed as a tourist in Egypt during this latest 18-year period for which we have statistics (about a quarter of a life time) is about 1 in a quarter million.

According to about.com, the chances of an American dying are significantly greater from heart disease, a car or motorcycle crash, cancer, stroke, falling or slipping, armed robbery, as a pedestrian in an accident, drowning, even suicide, plus a thousand other causes.

And not just by a little. The least likely of the list above is a car accident. Our odds are 1 in 1020 of being killed in a car accident during our life time. That is roughly 1000 times more likely than being as a tourist in Egypt.

As an American you’re 100,000 times more likely to be killed falling in an accident than as a tourist in Egypt.

The odds of being killed in Egypt as a tourist are higher than being a tourist at the Grand Ole Opry. They are higher than being a tourist in most of Europe, but not necessarily on London’s tube and metropolitan transport system during periods of IRA bombings, or in many sections of the New York subway from random acts of violence. In 1995, there was a greater percentage of tourists killed in Florida than Egypt during a “rash of attacks” the caused tourism to plummet in Florida and provoked the state to withdraw its international advertising for tourism.

So it’s just not even remotely possible to imagine a “NO” answer to the pure question is it safe now to travel to Africa (Egypt being the denominator). 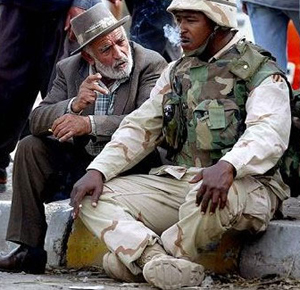 What people really mean, “Is it wise.”

We’re in a much better position to tackle that question once we grasp the folly of concern for personal safety. That isn’t an issue.

The issue is that this is a vacation. A vacation is an earned reward, intended to relieve you of all the daily responsibilities of not being on vacation, a time to relax and have fun. And hopefully, to learn something, too. That’s what a good vacation is all about.

Can you travel to Africa – or Egypt, now – and have a good vacation? Is it wise?

That’s a much harder question. There are no statistics for this. It depends upon how much actual disruption your threshold for a decent vacation has. Did you, for example, check on the on-time performance of your air carriers to make sure that the chances of your flights being significantly delayed aren’t serious?

Did you, for example, consult the weather carefully, to know exactly how hot and humid it was going to be? Did you read enough accounts of other tourists to know if they were harassed in stores or regularly pickpocketed? Did you closely review the menus on your Nile cruise? Are you absolutely sure that your guide isn’t little more than a scam artist to bring you to his cousin’s perfume shop?

Did you check to see how difficult it would be to replace lost medications? Did you know about schistosomiasis? How contagious is elephantitis? Do the windows in your room open?

Frankly, I hope you didn’t check any of this, because all you should do is find the right tour group or company that you can trust to manifest idiosyncracies of the sort the questions above suggest.

But what tour company – what airline – for that matter, what State Department division is going to give you an honest forward appraisal of the political and social status quo?

Probably none. And that’s not because anyone is trying to fool you. It’s because if you’ve bought your travel correctly, you’ve bought it from an expert that knows a lot more about the situation than you could ever know. Increased knowledge normally mitigates presumptions of “disruption”.

A life long resident of New York not only feels safer, but really is safer, using the subway than a first-time visitor from Tokyo.

“What stuns me,” writes the heavily read travel blogger, Anouk Zijlma, on January 28 as the streets of Cairo were ablaze, the internet had been disabled and the Egyptian army was rolling tanks into Tahrir Square, “is that the US State Department has not yet issued an official travel warning or even a travel alert” for Egypt.

Since most travel insurance that repays you if you cancel for “terrorism” or other types of civil disruption is triggered by State Department travel warnings, this effectively means that component of the insurance is worthless.

For me personally, there is hardly anything as valuable as travel, and the more foreign the travel is, the more valuable it is. Naturally, the more foreign it is the greater the risk exists at any time of disruption to the point of it being “unwise.”

So my standard ought not be yours. And to know your standard fairly is not something that I should be expected to automatically understand.

Ultimately, you must decide. You must be the one to undertake due diligence regarding your own components of wise traveling.

Well, I’d venture to say that in today’s quickly changing world, a foreign trip most anywhere is rife with the risks of being considered “unwise”, but that’s just not a reason for you not to plan it. What you should do is plan it simultaneously with an abort plan.

Insurance. And not just the ordinary insurance, since that doesn’t work.

“Cancellation for any reason” insurance.

It’s going to cost you around 10% of what you want to cover yourself for, and if you ultimately invoke the trigger you’re going to lose about a quarter of what you paid. But this wonderful insurance, offered by a number of insurance companies
let’s you decide at the last minute usually, if it’s “wise” to go.

There’s no other solution. Basically what I’m saying is that no answer from any expert will be satisfying enough if you don’t have this option available.

No one should take a “vacation” filled with so much anxiety that the wonders of the trip are lost. If you decide to commit to a foreign vacation, you’ve already been convinced that whatever you don’t at that point know isn’t worrisome enough to warrant missing the benefits of the trip. In sum, it’s worth the risk.

But you pay long before you go.

Yes, it’s perfectly safe to travel to Egypt, now. In fact, based on the statistics, it’s safer to travel during a revolution than after a period of prolonged stability! But is it wise?

Only you can answer that. And you’ll never know how you really feel without having that special insurance in your pocket.