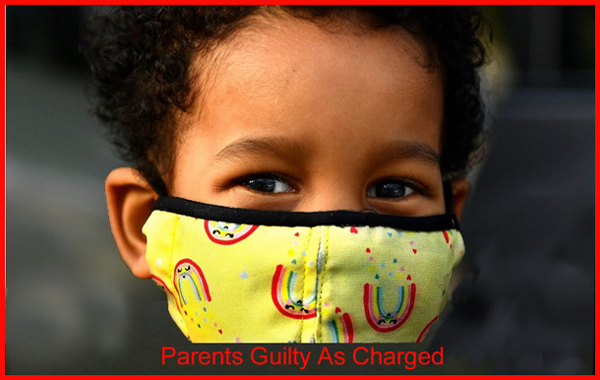 “Young children [under 5 years old] being admitted [to hospitals] have parents who are not vaccinated.”

Statements today from South African public health officials paint a bleak picture of Omicron, a devil’s agent if ever there were one. “Tough days lay ahead of us,” Health Minister Joe Phaahla told the Daily Maverick.

This is the more important disease, not Omicron. There is a smidgen of rationale in the cowboy’s little brain that keeps the maverick from getting vaccinated to protect his supercilious personal liberties. There is none in the leaden heads of social media addicts who prefer horse wormers and arsenic-laced dirt to the vaccine.

But there is evil in the soul of a parent who infects his child.

What horrible plague has infected our dear world?
***
“Uncertainty is killing the travel industry and people’s confidence in booking and traveling,” the head of the public health program at the University of Edinburgh, Professor Devi Sridhar, told the New York Times today.

South Africa is in my neck of the woods. New regulations discussed extensively on morning talk shows yesterday by administration officials made it clear that testing must be completed 24 hours or earlier before boarding your flight home.

But the new regulations actually published late yesterday by the CDC for returning U.S. citizens were slightly better than we had expected from the morning news show conversations.

The regulations allow a negative antigen test as sufficient for returning. This is a significant departure from the conversations passed across TV channels and possibly as reported in the Times a reaction to an immediate outcry yesterday from the travel industry.

Antigen tests are much easier, much quicker and much cheaper than the PCR (“viral”) tests previously required within 3 days of boarding your international flight home.

Right now in sub-Saharan Africa antigen tests are only available as you enter the African country to start your adventure. It’s the first station a passenger gets to after exiting the plane. The tests are administered by public health authorities prior to passing you to immigration authorities.

It seems logical that government authorities would simply ramp up this capability to also apply to departing passengers, easily meeting the new CDC guidelines.

Maybe. Having just visited Tanzania with six other folks it’s difficult to imagine Kilimanjaro airport ramping up to this capability. There was hardly enough space for the passengers leaving the KLM 787 to be tested. Authorities had to set up screening stations outside the terminal on the tarmac. The plane immediately turns around. Double the number of people needing to be tested in the turn-around time for the plane seems problematic to me.

I think more likely is that in places like Tanzania ongoing, throughout-the-day antigen testing might be offered more easily. This would disrupt itineraries much less.

So let’s hope that practical and functional testing procedures will evolve shortly. But what about getting sick?

Even if Omicron infection in fully vaccinated people continues to prove mild, who among you will choose to travel somewhere because you might only get “slightly sick” instead of hospitalized?

We need to know the numbers. Long distance traveling has always by its nature reduced a person’s immune responses. Every long distance traveler is prepared with medications for the unsurprising cold or day of GI distress.

Is that the same, greater or lesser than contracting Omicron if fully vaccinated?

Given the panic in the world, I’m hopeful it’s the same or even less, but we just yet don’t know.

Last reply was 6 months ago