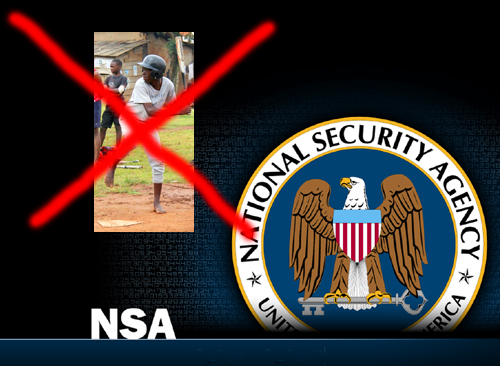 Young Uganda school boys amazingly won the all-African baseball championship and thereby an invitation to the U.S. for the Little League World Series in Williamsport this past summer. But they didn’t come. The American consulate in Kampala denied them visas.

So the day before yesterday, the Canadian little league winners who were scheduled to play the Ugandans in the first round last August, played the Ugandan kids in Kampala. And lost.

In times past, which means before 9-11, the Ugandan schoolboys would have gotten visas. But the sloppiness of their application process, and the fact that they didn’t have the money to hire someone locally who could have helped them, doomed them from the start. If I can’t say it was wrong of the U.S., I must just lament how the world has changed.

Personally aghast at what had happened, Phillies super star shortstop Jimmy Rollins bankrolled the Canadian Little League winners who flew into Uganda last week with Rollins. Rollins wasn’t the only American to help the Ugandan kids. The team had long been coached and funded by American, Richard Stanley, who owns several AA minor league teams in the U.S.

The heart-breaking story is a simple one. The goodwill and extraordinary charity, including not only from stellar individuals like Stanley and Rollins but also from several branches of the U.S. government that funds much of school sports in Uganda, all were trumped by …

And who is to say it should have been otherwise? We know how children particularly in Uganda’s part of the world have been coopted, or more truthfully brainwashed, by hideous forces like the Lord’s Resistance Army. We know that as unlikely as any of them might have been active terrorists, that the enormous love that would have been showered on them as individuals from unsuspecting Americans could have been so easily manipulated into odious ways.

None of this might have posed an imminent threat, but the level of resources that would suddenly have had to have been dedicated to monitoring the affair and its endless aftermath was simply “beyond budget.”

Do I really believe all that malarkey? Of course not. They were children, easily contained, easily watched. All you had to do was photograph and fingerprint. It’s an absurd and heart-wrenching story.

What exactly was the State Department worried about?

It seems that the principal concern was that birth dates and names didn’t register with the personal interviews of the applicants by the U.S. consulate in Kampala.

African kids change their names all the time, and few know when they were born. That discrepancy is an honest one that would never occur if a double-agent or dedicated terrorist tried to get into the U.S.

Even Stanley said he accepted the State Department’s decision. And a filmmaker instrumental in publicizing the Ugandan kids’ great baseball story, Jay Shapiro, agreed, too, with the Americans’ decision. They’ve both caved.

A kid with a mitt won’t take down the Twin Towers.

Is this a reflection on the Obama administration, on the budget, on the paranoia of America?