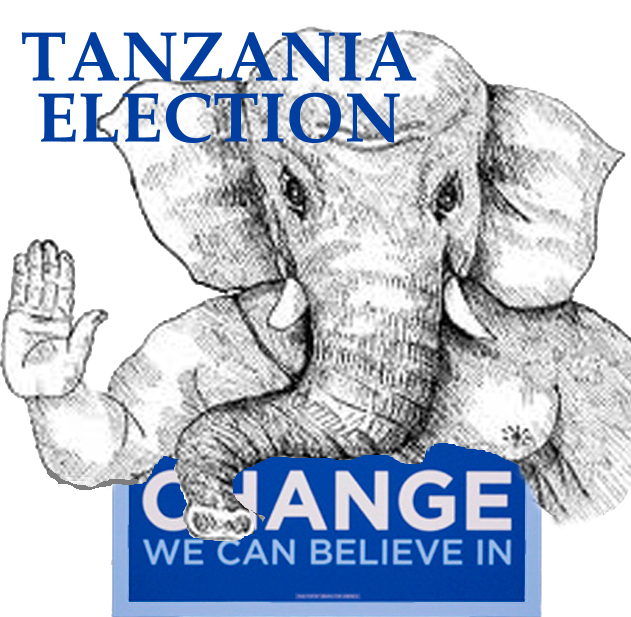 Elephants are on the rise, in numbers, in tusk size, in populations, and their growing battle with humans is straight on the top of the mind of Tanzanian voters going to the polls this week.

Lots has been mentioned about the side issue of the proposed Serengeti highway in this weekend’s elections, but an underlying component of that issue can be reduced to elephants.

It’s been more or less accepted in the campaign that if built completely the Serengeti Highway will diminish the vibrancy of the Serengeti/Mara ecosystem mainly by disrupting the wildebeest migration. But this amazing herd does not wander like elephants, and when politicians speak of foreigners’ interests lying “more with animals than people” what is understood is “more with elephants than farmers.”

Our non scientific elephant viewing this year has been phenomenal. I have to stretch my memory back to the seventies to recall the numbers and sizes of elephants we saw this year. And if I as a casual observer had this experience, imagine what the farmer saw.

In fact, several times I saw what the farmer saw. Twice I watched farmers chasing elephants off crop land, obviously at great peril to themselves.

We are waiting anxiously for an important elephant report scheduled to be published before the end of the year by WCS that will show in much greater detail the state of elephants in Tanzania. But we got a glimpse of it this month when the coordinator, Trevor Jones, published one of the important maps that will undoubtedly be seen in the report. 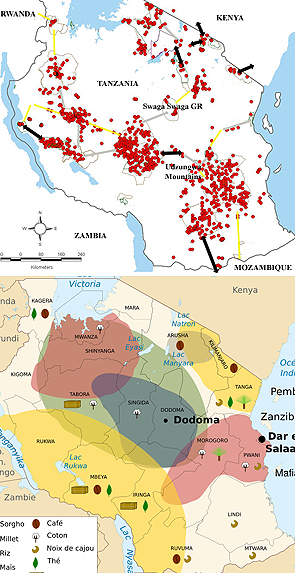 WCS will undoubtedly define important elephant corridors throughout the country that link diverse protected areas. Allowing any animal populations great mobility increase the physical and genetic health of the species.

Jones is going to argue that very tiny corridors especially in the dead center of the country are essential to maintaining the health of the elephant populations.

Notice on the top left map Jones has placed arrows showing the most important corridors.

And while we may be waiting for Jones’ report, I doubt the voting farmers have to.

Earlier this year the Tanzanians were rebuffed by the world community when a plea to allow them to sell stockpiled ivory was narrowly defeated at the CITES convention in Doha. I robustly supported the Kenyan/U.S. initiative that managed the defeat.

My support for the Kenyan initiative was with the understanding allowing the sales would aggravate elephant poaching and because the case the Tanzanian officials made was terribly flawed, reeking of corruption. But the Tanzanian farmer is less worried about these issues than harvesting his pumpkins.

It was a shame that that important battle in Doha did not address the more serious human/elephant conflict which will now be addressed in the Tanzanian election.