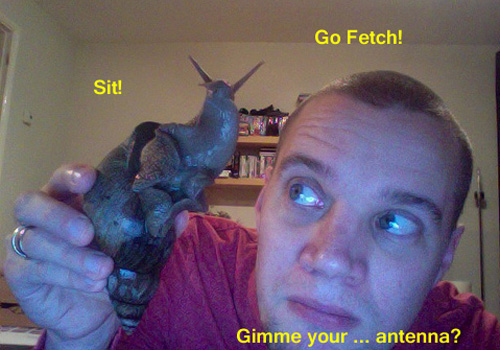 Banned from the U.S. after a recently very expensive eradication program in Florida the Giant African Land Snail is on the return. From the bucolic gardens of Budapest to the Westwood dinnerware of the Upper East Side.

The Giant African Land Snail (Archatina mariginata) is one of the most successful creatures in the animal kingdom. There are more than 50 species and they’re all huge. The largest recorded weighs just under a pound and when stretched out underneath its relatively light shell can extend to nearly a foot.

The great irony about land snails in general is that the vast majority of them are considered pests and many of them are classified as invasive by state agricultural authorities. Yet in an upscale San Francisco restaurant you will probably pay $2 per each of a Helix aspersa in garlic butter.

Although connoisseurs differ on which snail tastes best, most chefs agree that one fresh snail tastes just about the same as another fresh snail. True, little round ones in shiny black bubble cups are more appetizing than the great giant African land snail stewing in its canister, but they are all fat-free and chocked full of useful vitamins like A and D.

In fact it is the eastern European world which has currently gone snails over ape. Slimy rare animal dealers seem to be headquartered in Budapest, but much of the former Soviet Union has few prohibitions about raising or marketing animals.

Much of the social networking community is linked with slime. There seems to be something very special that really sticks these folks together.

In Africa they aren’t cultivated as pets, yet. They are basically just consumed. And responsible NGOs are using snail’s fast breeding, longevity and adaptability to develop snail farms not just to commercialize a practice that has been traditional for generations in the forest peripheries of Africa, but to provide places like California with their banned substance to eat.

So it’s really not a joke. At an average of over $75/pound when served properly dead, can’t you imagine Whole Foods offering a snail loin special?