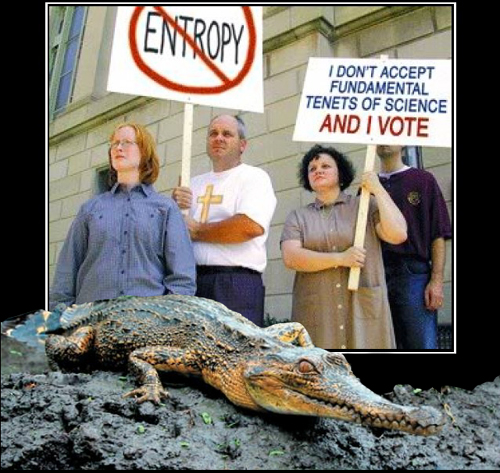 For literally hundreds of years we thought there was only one kind of crocodile in Africa, the great Nile beast. Anyone care there are really seven kinds?

Univ. of Florida researcher Matthew Shirley recently announced the fourth new species of crocodile to be found in Africa in the last five years.

As explained to the common man by Scientific America, it was “discovered in plain sight.”

What the magazine means is that the slender snouted Guinean crocodile was not stealthily uncovered in a long forgotten grotto. It had been known for centuries. It was just wrongly classified as the same beast regularly seen as far as a half continent away.

Using the increasing DNA technology that is developing a lot faster than improvements in the Dreamliner, more and more animals thought to be the same thing are being shown as diverged species.

But who cares? Does it really matter?

Very much. It adds each day to the already overwhelming evidence of evolution and some day the threshold must be reached where naysayers are simply laughed at and fade away.

It is been a continual embarrassment to me traveling often abroad to discuss one of my most favorite topics, evolution, because I’m an American. Of the most recent survey of the world’s most developed countries, the U.S. and Turkey were the least to believe in evolution.

Dig deeper and you’ll find in more comprehensive studies that in Muslim countries there is little support for evolution. In other words, our evangelicals and Iran’s jihadists are bedfellows.

The simple-minded and stubborn, clinging to a dying past, embrace a fantasy that their own personal creation was divine. That way, they don’t have to think about it. And unfortunately for America it’s a very stubborn situation.

Why, I’m being newly asked, is American coming round to support same sex marriage but not evolution?

Because evolution doesn’t vote. It has no lobbying group in Congress. Most simply, it’s not alive.

It’s not possible to see and contrast evolution in the moment. So the less educated person is let off the hook. Evidence is not instantly observational. It’s more subtle and in fact, profound.

So thank you Matthew Shirley for continuing to expand the bulging libraries of evidence for evolution.

Some day it will become big enough for even the smallest of minds to grasp. 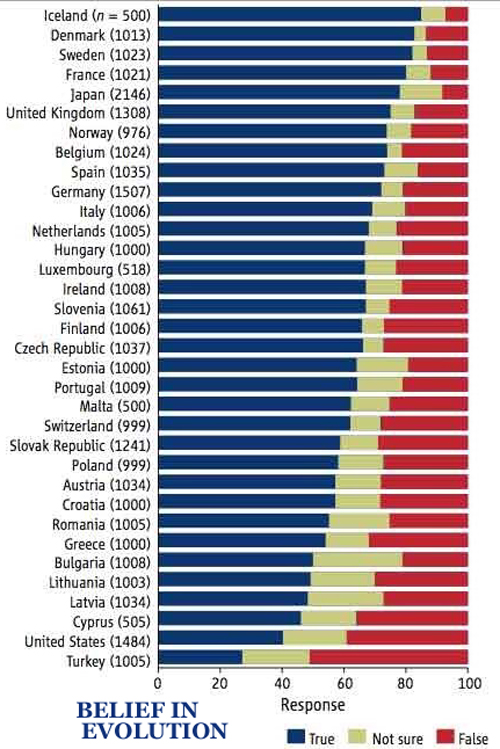