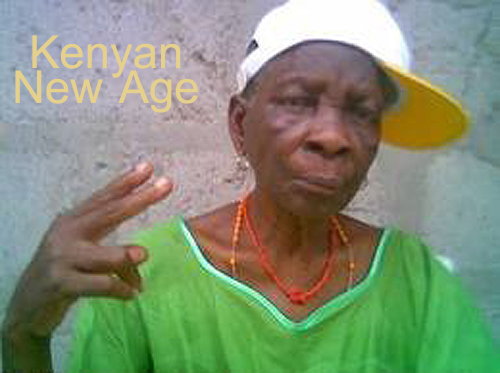 Kenyan rappers are being prosecuted for hate speech in the run-up to March’s election. We don’t prosecute MnM but these guys should be clamped.

There is a wide range of laws prohibiting hate speech around the world. We in the U.S. are among the most liberal but developed cousins like the U.K. have rather sophisticated laws prohibiting it.

Most people would agree that there should be no freedom to shout “kill” or “fire” but the dispute begins when crazies picket the military funeral of a fallen hero with signs and chants, “God Hates Fags!” It should be regulated, just like hedge funds.

The theory is pretty simple. “God Hates Fags!” is not the same as “Kill the Gay!” We all so stipulate. But (1) is our sophisticated media delivery purporting the same idea, or (2) is there evidence that raising the tempers of these warped supporters will trigger violence?

Yes to both counts, your honor.

In Kenya three of the country’s most popular rappers, millionaires (in shillings) for the sales of their CDs and one even a gospel singer, have now sold tens of thousands of copies of songs that clearly incite the same ethnicity that nearly brought the country down in fire in 2007.

Although the firecrackers that started the holocaust was the age-old friction between the haves and have-nots, the rightests and the leftists, the pyres were ethnic. It always seems to be that way: the poor versus the unpoor in Ireland; the oppressed versus the rulers in Arabia.

I began blogging at that time, because it was an unbelievable undoing of Kenya. The silver lining came 3-4 months later as Kenya was forced to recreate itself from the ashes, and the recreation has been nothing short of magnificent.

The design is done. The scaffolding is being torn down as the structures are in place, and the election that will complete the process is on March 4.

Click here to listen to this most egregious rap. You’ll have to scroll forward about 2min 16sec to get to the actual song that was sold as a CD.

This Kikuyu rapper is trashing the leading candidate for president in the March election, from the arch rival tribe of the Luo. We had hoped the ethnicity would now be incidental, but it isn’t. It is for the younger generation, but not for the older.

It doesn’t help, either, that the Kikuyu’s choice is Uhuru Kenyatta, the son of the Father of the Nation, Jomo Kenyatta. It doesn’t help because Uhuru is currently on trial in The Hague for Crimes Against Humanity. There is evidence that he was personally involved in torching the country in 2008.

It’s Kikuyus’ failing they won’t come up with anyone better, but a stark statement about how many of them still feel about democracy and other such foolish notions. Many, many Kikuyu would rather blow up themselves and the country to boot than lose power.

And now it seems one of their spokesman is a gospel rapper.

Here is some of the song, Uhuru ni Witu (Uhuru is Ours) by gospel rapper, Kamande wa Kioi, as translated by one of the thankfully many younger Kenyans who despise what’s happening, Amkeni Ndugu Zetu.

(Important background reminders: “Uhuru” is Uhuru Kenyatta, presumed candidate for President and son of the father of the nation and on trial in The Hague. “Raila” is Raila Odinga, the current Prime Minister and front runner in the current campaign for President, a Luo.)

“I bring you a message from all Kikuyu musicians. This is a message from God. Uhuru is the Moses of the Kikuyu nation. He is meant to move Kikuyus from Egypt to Canaan. Do not agree to be divided. Let all votes go to him. He is ours. He is anointed by God, poured oil on.
“Raila, there is a call.
“You thump your chest about Hague, is Hague your mother’s? There is a curse from God. Philistines who do not circumcise cannot lead Israel. When Abraham stressed God, he was told to go get cut, even you General of Migingo, your knife is being sharpened.”

I can’t image a more egregious lyric. Wa Kioi is not especially young, I imagine he’s in his late 30s. He may be on the dividing line between Kenya’s inspired and educated youth and the Old Guard, but his influence extends far and wide. Many young people of all tribes listen to him; he’s a super star in Kenya.

Together with two others the country’s election oversight board has now charged them with hate speech under a criminal code that requires jail time if convicted.

And there’s a horrible twist to the story as it plays out in Kenyan courts. Wa Kioi’s clever lawyer asked the court to read aloud some of the lyrics of the song under question. Court is held in English, because of the many tribal languages in Kenya.

The lawyer chose a portion which was simply repeating Bible scripture, and as it was translated into English, the court room broke into laughter. The intention, of course, was to fool the court and it seemed a successful ploy:

A second-rate digital media story about the testimony was picked up by major global news sources as if it, too, were gospel.

But hopefully Kenyans won’t be fooled, especially its youth. And hopefully, this so-called man of faith will be slammed behind bars to contemplate the Golden Rule.