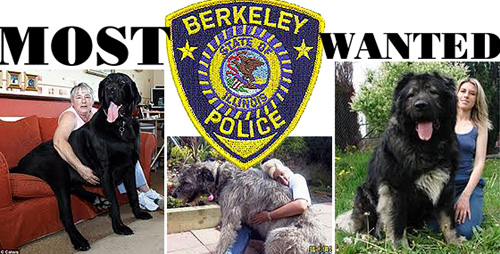 Wednesday early morning police (it took three of them) shot (multiple times) and killed a mountain lion found in a residential area of Berkeley, California.

A 90-pound mountain lion (also known as a cougar) is roughly the same size as a cheetah, although stronger. The cheetah is built for speed whereas the cougar is built to bring down a deer, one of its staple foods.

The cougar population in California has been stable and healthy over the last decade, and there are growing calls to allow sports hunting, although Proposition 117 (passed in 1990) designated cougar as a “specially protected species.”

Not too successfully so Tuesday night.

The 911 call went out at 2:23a. Police called emergency California Fish & Wildlife officials, but they were hours away. The three police chased the cat through numerous backyards finally cornering it.

When asked why a wild cougar would find itself so far from a reserve, police admitted that the animal might have been a “pet.”

Alert. Alert. All 90-pound labs, rots, mastiffs, Shetlands, large boas and all Danes, stay inside your house! I’ve been working on my cat, Hillary, but she’s headed in that direction, too.

The public reaction has been mostly negative, based on the comments left on the San Francisco Chronicle story as well as several local blogs. Much of the criticism is exaggerated, although I personally think the police reaction was unnecessary.

The determination that the cat posed a “real and present danger” is hard to support. There are fewer than a dozen attacks by cougars every year, continent-wide. And the claim that professional wildlife officials were too far away to help… well, do the police know of that little institution known as the University of California – Berkeley? Not sure, but I think they do some zoology there.

Compare this to a much more dire situation in East Africa, where real lions, 4 to 5 times as big, are becoming an increasing concern to growing urban populations. Where up to ten people per year are now killed by them in East Africa.

Predator/human conflicts are not considered an American problem. Thank goodness, because this is certainly not the right solution.