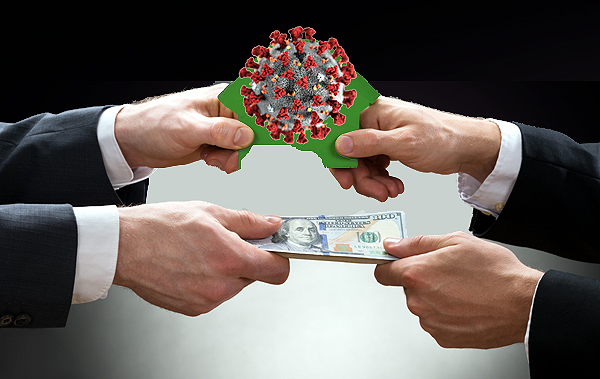 When will the virus end? This is hardly the topic for a travel provider but one that I’ve had to seriously research best I can.

There are two leading studies, one by the University of Washington’s Institute for Health Metrics and Evaluation (IHME) and the other by the Imperial College of London.

The two studies complement and corroborate one another. IHME’s study is particularly useful for Americans as it gives very specific individual day-by-day predictions for every State.

It varies considerably State by State. New York will be out of the epidemic before Alaska gets started. States with rapid responses in place like New York, California, Washington and Illinois will have shorter seasons. Texas and Florida’s will be twice as long.

Excluding Alaska almost all of America is projected to be free of new virus cases by the beginning of July and some like New York, nearly 6-7 weeks earlier.

A lot of necessary but very risky presumptions were taken to come up with these predictions. First and foremost is that New Yorkers won’t be reinfected by Alaskans. That’s a fairly safe bet, but from Floridians is not so certain since many New Yorkers frequently vacation in Florida. Many Alaskans winter in Hawaii.

Because airports, highways and large cities open any individual State to all the others, the most realistic metric is the one for the entire country, not just your State. Most travelers are older, the most vulnerable, so their risk level needs to be lower.

So on the safe side excluding Alaska: it won’t be safe enough to travel before July. Alaska? Not before August. (We’ve noticed, by the way, that American Airlines has begun cancelling its seasonal flights into Alaska through the end of July.)

The Imperial College’s study includes the U.S. but concentrates on Great Britain with occasional mentions of other parts of Europe. It suggests that Europe will have a shorter virus season than the U.S. So a quick trip to Europe later this summer looks feasible.

Beyond summer? There are no good predictions. Will Covid-19 act like most flus, re-emerging in the fall? Probably, but it’s a weak ‘probably’ because this virus is so unique. Its hook-like molecular top gives it remarkably effective entry into the lungs, an advanced structure simply not seen before. Probably a lot about it is equally unknown.

But still, if you’re making predictions, it’s a coronavirus and coronaviruses emerge again and again, seasonally, until a vaccine controls them. Ultimately getting the shot will be your only certainty of being able to travel in the age of the virus.

And you know the mantra: A normally rolled out vaccine against Covid-19 won’t be available until February or March at the earliest. And then, where will your name fall on the list of the 6 billion people who will want it?

Yesterday, though, our only trusted Trump official on the task force, Dr. Anthony Fuci, intimated that a vaccine might be available earlier. Given his blunder when he first announced when testing would be available, I doubt he’d countenance repeating the blunder with vaccines.

He seemed to be supported by Johnson and Johnson’s announcement that they were right now starting full production of a vaccine they expect will be totally approved in due course.

So if you’re older and more careful, travel is not on your horizon for at least a year. If you’re hopeful or a gambler, or both, maybe by the end of this year.

What if your travel is to more distant areas of the world, like sub-Saharan Africa?

There are no good studies predicting what will happen to the virus in Africa. Today there are nearly 1300 cases in South Africa and two deaths, 31 in Kenya and one death, 576 in Egypt and 36 deaths. Numbers are unreliable from much of Africa. Death numbers are more reliable than case numbers. And the deaths are proportionate to longitude. The further north or south from the equator, the more virus.

What is clear is that African leaders have freaked out. The most draconian measures employed in the world are by African leaders. Yesterday Africa’s largest city, 20 million-person Lagos, was locked down with less than 12 hours notice.

When will South Africa, Kenya, Tanzania and dozens of other African countries reopen their airports? Will the onset of winter in the southern hemisphere herald only the very beginning of a lengthy season of illness that continues into the northern hemisphere’s second wave?

My gut feeling is that Africa will not see leisure travelers for a long time and that when they finally begin coming, again, the travel industry there will look much different than it does now. More about that, tomorrow.