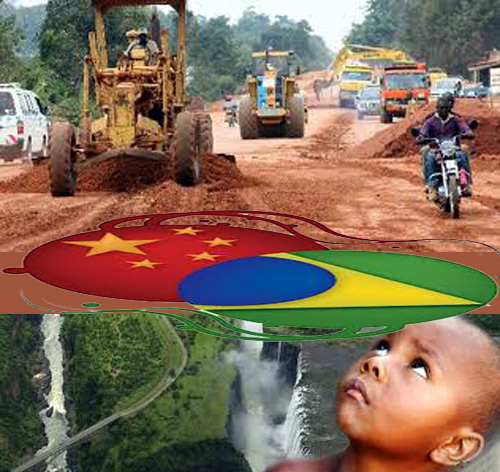 China’s striking involvement in Africa is well documented, including a growing African skepticism of it. Capitalizing on this tension, Brazil may become a bigger player than China in the next decade.

China’s interest in Africa is transparently its need for the continent’s considerable natural resources. This transparency was sold with total noninterference in local politics and government. It didn’t matter if you were lily white or deadly dark, a despot or a human rights hero. If you had oil, a deal’s a deal.

This was attractive to Africans in the beginning, a refreshing change from the centuries of Machiavellian dealing by the west which began with the earliest days of colonization.

But Africa and China are growing increasingly at odds with one another.

Africans are starting to realize the bad thing about “non-interference” is that bad African governments and policies are propped up by the Chinese philosophy. And throughout especially sub-Saharan Africa a truly new political awakening is occurring.

“China’s indiscriminate investments in good and bad governments alike, with its particular affinity for corrupt and dictatorial governments, [is] undermining peace and security in the region,” writes African scholar Alula A. Iyasu, an Ethiopian who holds prominent expert positions in the African Union and United Nations.

East African governments were particularly angered this year by Chinese positions in the UN Security Council that stalled much needed action in The Congo.

And there is a growing concern with Chinese immigrants. Call it xenophobic if you want, but large-scale Chinese immigration – which is part and parcel of Chinese policy for African development – has recently challenged traditional African tolerances.

This May Ghanian President Mahama launched a crackdown on illegal gold mining that resulted in 169 individual Chinese arrested.

In East Africa increasing numbers of Chinese are being arrested for ivory smuggling, a distinct change from the recent past when authorities looked the other way.

And particularly in South Africa, Chinese companies have built manufacturing and mining factories with work conditions that are inferior to similar South African companies.

It’s a doubly whammy to South Africans who are in the first incidence harmed by Chinese preference to hire Chinese immigrants, and then when South Africans are hired, discover that the working conditions are so bad.

China, Russia, South Africa, India and Brazil formed a trade and political association in 2005 called BRICS, intended to coordinate political, economic and cultural development. BRICS ostensible policies would facilitate an integration and ease of cooperation that is quite impressive by most trade pact standards.

But Russia and India have yet to show any serious enthusiasm for the new association, and with Africans’ new ambivalence towards China, Brazil has immediately stepped up to the plate.

Not without controversy similar to the Chinese, Brazil is striking forward positions in Mozambique mining and Angolan manufacturing, two potential powerhouses with which it shares a native language.

But as Kenyan Julius Okoth of the social movement “People’s Parliament”
explains, Brazil comes to the table with a distinct advantage China lacks:

Recent, successful socialist policies to reduce poverty, including ‘Bolsa Familia’ (“Family Fund”), have resulted in a major redistribution of wealth in Brazil under its last president, Lula da Silva. Okoth and others believe that these social/political models would work well in Africa.

China in complete contrast has no desire to export its social or political policies. In fact, there is every indication the Chinese don’t want outsiders to fully understand exactly what policies the government has for such major social problems as poverty, much less try to copy them.

As the world’s sixth largest economy, Brazil is in a highly competitive situation with China, the world’s second. Brazil’s culture is much more similar to many in Africa than China’s culture is, and its stated humanitarian and social positions strike a higher moral bar than China’s that is especially attractive to African youth.

It’s far too early to say for certain, but I for one think that African tolerance of Chinese involvement – however financially beneficial – is growing increasingly raw.

Brazil is much better fit.