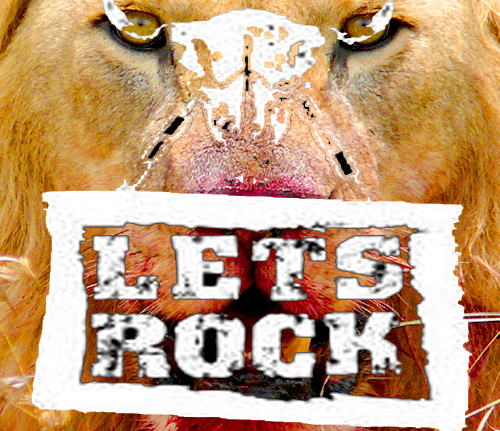 Wanna sample of some jewel-pierced slate singers outshining our own olay skinned yolders and King Kole-wannabes like Eminem? Links below to Africa’s 2010 music awards!

The nominees were announced yesterday, and Kenya dominates the east and Nigeria dominates the west, but the deepest darkest The Congo may give us the greatest star!

The annual MTV Africa Music Awards will be held in Lagos. The buzz this year is for The Congo’s only nominee. Outsiders who think of the Congo as Coltan wars, child soldiers and merciless rape in the Heart of Darkness must think this frivolity absolutely amazing.

But anyone who walks into a music store anywhere in East Africa, right over to the Indian Ocean on the boulevard of Mombasa, will see CDs lined up endlessly from The Congo. Now admittedly most of this comes from the far west near Kinshasha, a century away from the troubles in eastern Kivu.

But it’s a start!

Mindful that my music reviews are widely criticized by my wife, friends, children and colleagues, which essentially means I like what obviously no one else can stand, here are my picks for the December awards:

Standing head and shoulders against the onslaught of Nigerian competition is Kenya’s P-Unit (video above). Although this song isn’t being contested this year, I think Hapa Kule is their best! It’ll get you dancing and is an extraordinary mix of disco, rap and hiphop. GO KENYA!

I’m sure that Fally Ipupa of The Congo is going to win something. In fact some music circles call him the star of stars. He’s one of the few to sort of buck the trend of hiphop/rap with an extraordinarily beautiful male voice.

Nigeria dominates the nominee list, which is understandable. The country is sub-Saharan’s power house in practically everything from oil to PhDs. And a lot of the singing could be misinterpreted by my generation as south Phili.

The group with the most attention is P-Square, also the most successful with world tours already under its belt.

Ghana’s twin duo, 2Face, got two nominations. It’s interesting that though they were born in Accra, Nigeria now claims them! Here’s their newest video:

The above doesn’t particularly appeal to me, but it’s extremely interesting music. They’ve integrated very traditional beats with some reggae and western love tunes. I think there’s too much in the ratatouille.

If ever I were to be converted to rap, it would be by nominee Wande Coal.

Bumper 2 Bumper is great African rap, sounds extended longer and more beautifully than in the west.

So to Nigeria. The trendiest dude in Lagos has for some time been Banky W. He’s nominated for Lagos Party:

Some consider the biggest award is “Song of the Year” and the one I think will win is D’banj’s “Fall in Love” whose music video, Suddenly, strikes me as close to a western clone as you can find.

The Ugandan club scene in Kampala is a kind of shady subculture. Like much in Uganda nothing is done with the verve that it’s done in Kenya, but Good Lyfe certainly rules the stage there.

His video Ability is one of the most entertaining and creative.

And the other nominee from Uganda, also institutionalized in that Kampala club scene, is Mowzey and Weasel. Their video Bread and Butter is a great traditional African rap with great comedy. Listen closely to how they’re baiting their great rival, Good Lyfe.

Now here’s a real sign of the times. The last nominee from Kenya is Daddy Owen. He rose to fame as a gospel singer! How things have changed… I really like his System ya Kapungula. Outstanding rhythm and fast moving.

Don’t hesitate to criticize my music criticism. I’ve lived with it all my life. I am rocked to sleep every night by Bjork and CocoRosie.