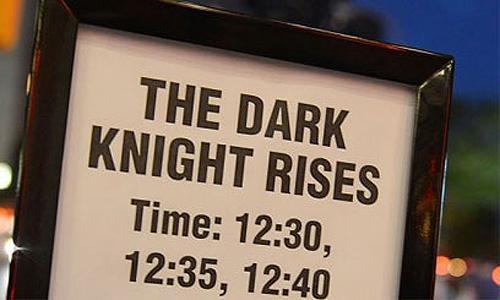 Colorado will have fewer tourists, now, after last night’s shooting. Just like Kenya.

A test of Kenya’s security abilities starts tomorrow. Yesterday al-Shabaab announced that increased and renewed attacks on Kenya will begin Saturday, the start of the holy Muslim month of Ramadan. And for the first time, the terror organization specifically mentioned “Nairobi.”

So we have a new real threat, acknowledged by Kenyan officials, and an announced plan to prevent violence from happening. It’s a test if ever there was one, and tourists around the world will be watching.

Colorado, on the other hand, has no desire to test its inability to control home-grown terror. Like so many other states recently, Colorado has reduced gun control including allowing concealed weapons. Unless these absurd tendencies are changed by American lawmakers, shootings like last night won’t diminish.

But Kenya’s gun laws are strict. Kenya’s problem is with foreign terrorism not home-grown terrorism, and Kenya has very strict – some say too strict – security laws. Starting Saturday and through the month of Ramadan, we’ll be able to measure how effective Kenya is at preventing terrorism.

More than a hundred people have been killed in terror attacks this year alone in Kenya, and many more injured. Two large attacks were notable in Kenya’s second largest city, Mombasa, and smaller grenade attacks did occur in Nairobi (not claimed by Shabaab) but the majority have occurred in remote areas near Somalia.

Unfortunately according to Nairobi’s main radio station, “Al-Shabaab is believed …building up to a larger attack.”

What strikes me as so sadly ironic is that Kenya is doing everything possible to prevent terrorism. Moreover, tourism is critically more important to Kenya than Colorado.

Colorado, on the other hand, is being governed by wildly conservative fanatics who we can safely predict will do little more to control the market in guns and explosives. There’s little reason to believe things will get better in Colorado; in Kenya, their chance is about to begin and they have sounded confidence.

Tourism is something earned; there’s no inherent right that any place just because it exists should be visited. Colorado and Kenya are falling to the bottom of holiday makers’ lists of places to visit. And they should be.

So as tourists around the world plan next year’s vacations, Colorado, whose reputation has only declined again and again more than ten years after Columbine, is being scratched out. Kenya is being watched.