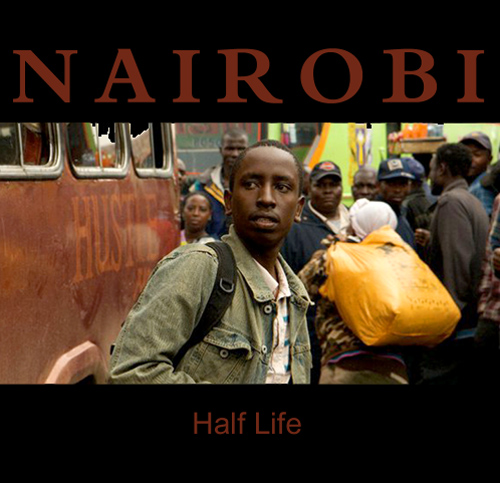 The Kenyan entry for this year’s “Best Foreign Film” continues an incredible story about East Africa’s blindingly fast social changes and overwhelming tragedy in the struggle to become a modern society.

It isn’t just that “Nairobi Half Life” tells a powerfully realistic story of urban Kenya, but that the story is finally “being told” by Kenyans.

Rather like the Olympics, Oscars often cite a film as coming from a certain country even though the film is actually made by outsiders. Case in point is Slumdog Millionaire, which raised India out of the Bollywood marsh into the real global film world, even though the film was financed, directed, screen played, tecked and in many cases (excluding the lead) acted by British.

The main problem is financing. Even what the Iowa State Film board would consider a low-budget Indie film is a fortune in Kenya. So financing is likely to always come from film capitals like LA or London.

But this year the Kenyan entry for “Best Foreign Film” is almost exclusively Kenyan except for its financing. The techies, actors, supporting personnel and most importantly, the director, are all Kenyan. This will be David Tosh Gitonga’s second foray into big screen directing.

His first — as assistant director of the tear-jerking, soul uplifting, smile plastering masterpiece “1st Grader” – is absolutely one of the best films I’ve ever seen.

Both films portray a real and rapidly changing Kenya. “The First Grader” is set in rural Kenya right after the government declared education a universal and free right. The star is a wonderful old Kenyan who in his 80s is impoverished but proud particularly of his history as a freedom fighter. Unable to read a letter he receives from the government, he shows up the first day of the new term at a primary school in order to learn how to read.

Much more sinister but just as true and realistic, “Nairobi Half Life” follows a young rural Kenyan who migrates to Nairobi to become an actor. But like so many rural immigrants into the city, he is subsumed by the underbelly of a giant modern African metropolis, made hostage to the crime and drugs of its slums.

The film has been shown only at festivals and through a limited release in Germany but film goers are ecstatic. And its promise comes from the very respectable Durban Film Festival where lead actor Joseph Wairimu received the Best Actor Award.

It was not too long ago when Kenya produced nothing but wildlife films. And no criticism intended, they were extremely good.

But what is happening in Africa, and especially in Kenya, is truly mind bending for those of us who have lived and worked there through much of the last half century. But we can’t begin to imagine how it must be effecting Kenyans themselves.

Every single Kenyan is impacted in the tornado of change: The old, like the character in “The First Grader” and the young, like the lead in “Nairobi Half Life.” And unlike what we westerners consider the classic literature explanations of East Africa, Out of Africa is neither real and hardly any more relevant to what happens every day in Kenya now.