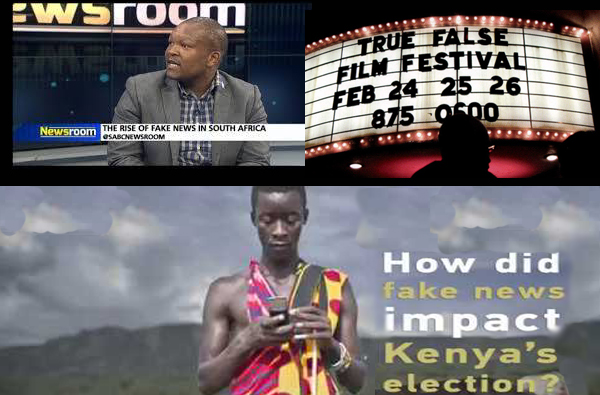 The Number #6 story in Africa for 2017 was the loss of journalistic freedom and the ensuing loss of news for Africans.

A big cause was the profusion of fake news, which more traditionally had been called propaganda. Because Africans have dealt with propaganda for so long, they think incorrectly they can also deal sufficiently with fake news.

So once again in these turbulent global times, Africa can show the rest of the world what to do… but what, exactly, is that? The answer isn’t comforting: Don’t believe your government; take their pronouncements with a grain of salt.

Strikes me this is a useful technique to ward off being duped. But what’s left for knowing what’s really going on? Africans believe they’ve developed a sense of which journalism is correct and which is tabloid or less correct — produced more for entertainment than information.

This doesn’t earn Africa a star. The public might know how to filter out false news, but the African public in my view is also more hamstrung in getting the truth from the beginning.

Government attacks on the African media grew significantly throughout 2017. This included the disappearance of heroic journalists, some of them missing for very long periods of time.

Being a journalist – especially an aggressive investigative reporter in Africa – has become really dangerous. The danger spans the entire spectrum of outright jailing (al-Jazeera journalists in Egypt) to journalists disappearing in Tanzania like snowflakes in the desert.

These insidious examples were reenforced by legislative moves in almost all African democracies in 2017 to more stringently regulate private media including television and newspapers. The efforts mostly failed in Nigeria, had some success in South Africa and considerable success in Kenya.

But these weren’t the actions of dictators, rather the moves by democratically elected representatives.

None of these outcomes was serious enough to thwart the aggressive journalism still found in these places, and most of them were targeted at media reporting of government leaks. Simply put, the government was demanding that the Fifth Estate enforce the government secrecy it was unable to ensure itself.

There was a surprising corollary to fake news last year that caused me some great personal if admittedly unique dismay. A western journalist covering Africa who I had followed religiously for more than decade seemed to have strayed into a type of fake news of his own.

Jeffrey Gettleman had been one of the best New York Times reporters in history, in my estimation, until the publication of his book last year.

The ivory wars, refugee crises and Somali conflict for which he had won Pulitzers and other accolades and which truly displayed profound and meaningful reporting were placed second in his own memoirs to his loss of virginity and childhood pranks.

It wasn’t just an incredible disappointment to read but a sign of the times that western readers were game for anything but … news.

Claiming a paleontological discovery that would have literally upended the scientific world several German scientists aggressively supported by German media promoted one of the craziest ideas in evolution to have ever been postulated, challenging Africa’s primacy.

It didn’t take long for them to be outed and was an important example that in the clear light of day fake news isn’t something so difficult to discern.

My own personal experiences with larger primates in the African wild helped me explain this as well. Ultimately fake news doesn’t last. Lies are almost perforce outed. With little shelf life fake news will have limited impact on the longer trajectories of history.

But short periods of history matter, too, and deeply to those of us living in the moment. The proliferation of fake news and more onerous suppression of free speech were highlights of 2017 in Africa and much of the rest of the world. That’s about the worst news possible.