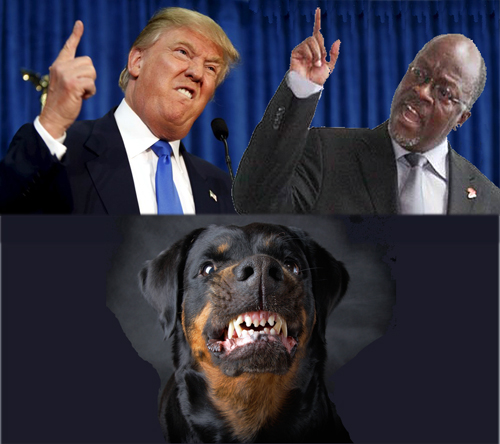 Last week the new Tanzanian president, already nicknamed “Bulldozer,” announced he was deporting all illegal workers. It was a direct hit on neighbor Kenya, because much of Tanzania’s professional class comes from Kenya.

The #5 story in Africa for 2015 was the Tanzanian election, and it tells a horrible tale of democracy and may be foretelling the future for the U.S. and worldwide.

Magufuli’s deportation order followed all sorts of other blustering initiatives, including ranting in front of a group of high-profile African businessmen that they would be jailed if they don’t pay their taxes and executive actions slashing the national budget.

Magufuli is an object lesson in democracy. Everything he is doing at the moment is wildly popular in Tanzania: damned if it isn’t legal, or ethical or even moral. It’s … popular.

Consequences? Who knows, it’s popular! The polls say so!

We’re getting a good dose of that lesson right now during our own presidential campaign. Democracy is showing its true colors.

Tanzania’s election last fall was peaceful and certified by all sorts of outside observers as free and fair. But the choice available to the people at the time, Magufuli vs. Lowassa, was not a choice that a lot of the electorate wanted. So goes democracy.

And guess what?! It wasn’t a choice that the power elites wanted or expected!

Sound familiar? Edward Lowassa (Jeb Bush) was the establishment favorite. Instead, Magufuli (Cruz? Trump? Milton Don’tknowyet) became the nominee. Foreshadowing what might happen this summer in the U.S., Lowassa (Jeb Bush) then mounted his own rebel campaign.

Magufuli’s decisive victory stunned everyone, I think even his supporters. But then, there was no jubilation, just depression and tension.

The Beginning of the Second Book opens with Magufuli firing up the team.

Hiding behind trucks in shady parts of Dar to unmask criminals, telling tax evaders he’s going to put them all in jail, far exceeding his executive authority with actions slashing the budget.

Stay tuned. Or maybe if you’re an American, take heed. Either way. Keep the message to a sound-bite length.