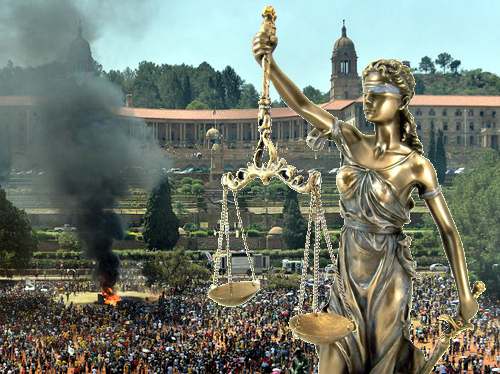 In Africa it’s happening in even the most dictatorial regimes. It was unthinkable that public demonstrations would occur in Ethiopia, but throughout December they did, led by youth and student groups.

The Ethiopian protests if removed from the excitement and fear of confrontation are somewhat arcane, almost a dispute over zoning propositions. It would have seemed more likely that such flagrant protests of an extremely dictatorial government would have been of something more substantive, but that isn’t the point.

The point is that the public – the ordinary joes and janes – throughout Africa in 2015 were successful bringing attention to issues of justice that authorities had refused to consider.

In Tanzania rangers enforcing national park regulations reacted “too harshly” to citizen intruders and in the end, four park rangers were arrested! This is so similar to police in America being arrested for excessive force. (Like in nearly every case in America, the police were finally exonerated in court.)

The fact that rangers were arrested, like police in Chicago, is simply because the people – the ordinary joes and janes – protested publicly.

Although the bulk of those I surveyed were peaceful protests, there were violent ones, too. Violence did not seem to matter in terms of the issue being acknowledged by authorities, or of the outcome.

Ultimately a society decides to act on the protests’ issues or to rebuff them, the tip toe dance between stability and freedom. In Baltimore or Johannesburg, authorities cracked down hard, rebuffing them. The outcome was not manifestly effected: protests scored a victory and authorities changed their policies.

In the U.S. we can’t argue that without harsh government crackdowns our society will self-destruct. That is what some African authorities claimed however:

In Zambia a rap artist was jailed for criticizing the president, and in Nigeria out-of-control journalists harangued a visiting Head of State. No slack was extended either side, by either side. The intransigence defined the extremes and both led to popular protests. The singularity here was that both sides claimed that altering their position would lead to an implosion of society.

Separately, African courts began intricate investigations of the limits of things like freedom of speech. When should hate speech be prohibited? African courts also experimented with youthful constitutions that gave professional judges the right to overturn jury verdicts.

These are some of the extremely novel, imaginative perhaps even self-contradicting public conflicts about justice that happened in Africa in 2015, and they reflected how important the issue is to African societies.

Justice is a complex component of a modern society, and a dynamic one. When it isn’t being aired and argued in the public arenas but confined to those in power, we tend to be in times of war and global conflict. I disagree somewhat with the Africans who believe some of these protests herald a fraying apart of their society.

Rather, I think it heralds a period of social reflection (despite some violent components, none of which were lasting). That’s a very, very good thing. Everybody should spend more time debating in aggressive free discourse.