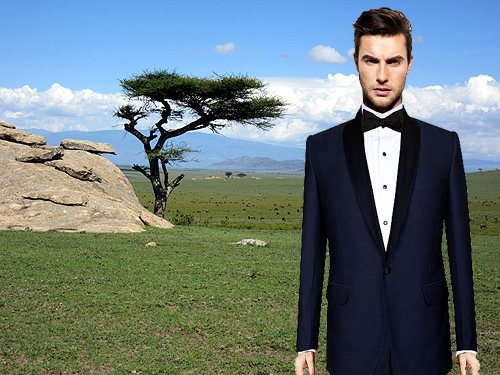 Financial realities are overwhelming African safari vendors whose Life-of-Riley is slowly coming to an end.

Right now safari vendors are falling all over themselves to offer better and better “specials.” It’s the wrong way to do the right thing, and they’re just going to end up in a deeper hole.

My last most important story in Africa for 2015 is how expensive a safari has become. By the way it isn’t just safaris. Packaged and guided programs worldwide are artificially priced too high.

The reasons for this I explain below, but what I want to get to right away is how seriously wrong African vendors are responding.

I’ve been vested in African properties and transport, and I’ve been the “middleman” who packages multiple vendors then resells them. I know the nitty gritty of almost every cost on both sides of the coin, and I know that African investors have really got it wrong today.

The answer isn’t to offer specials, but to recalculate business models and lower profits. This is the only way to survive.

First of all recognize why this is happening. The market for safaris is softer than ever. It’s not entirely the African businessman’s fault. A lot has to do with the weak economies worldwide. Europe has always been the principle consumer of African safaris, and Europe is struggling to perform.

Asia was the new hope only a few years ago for the African safari market. Entire safari chains switched over to serve only rice with menus in Mandarin. That market has all but dried up.

But the common sense thing to do when your market goes soft is to lower prices. African vendors have rarely if ever lowered prices, and that’s their problem. They don’t know how to do it…

Packaged travel – an inclusive vacation that you buy from a single seller and that includes everything you need from transport and accommodations and meals to the guide – until very recently was the only way you could visit the African wilderness.

“Packaging” is expensive, not inherently so but historically so. It reflects a consumer as interested in service as cost. So in the early days, anyway, middlemen like EWT worked hard to provide better service, because that was the selling point.

Service can be premium priced, especially in small markets. It’s why first-class air travel is 8 times as expensive as economy, even though the seats aren’t eight times as big.

The African vendors we packaged got jealous of our high profits: “If “WorldWide Tours” can earn a third of the price, then we should be able to, too!”

By 25 years ago, the business model for African safaris had been set:

Every investor wanted a 50% minimum return on his investment within three years of writing his first check.

After those three years – after the mortgage had been paid off and the returns realized – the absolute minimum was put into maintenance and renewal. If the market declined the strategy was to lay off staff, and … get this, raise prices.

Africa is about the only place on earth where tourism net prices increased from 2007 to 2009.

While the original motivation for African investors’ high profits was copy-catting their resellers, by ten years ago the dynamic had flipped. During the robust global economies of the late 1990s, middlemen — the packagers — lowered their margins because there was so much business sound capitalist principles were in sway: volume.

African safari businessmen should have too, but they didn’t. So as soon as there was some emergence from the Great Recession, middlemen – the packagers – started increasing their profits with the same mantra: “If the vendors can make so much on a single sale, why shouldn’t we?”

The point, of course, is that neither the vendors or the resellers should have been so stupid.

This is upside down capitalism, and as crazy as it sounds it might once have been appropriate for a market that was reactive to politics and other unstable factors like weather that couldn’t be managed.

But that era is over. Travelers today will spring for an African safari in spite of a bevy of travel warnings or classical notions of unstable situations, which as the years go by proved Peter-the-Wolf fantasies. Radical weather has almost become the norm everywhere.

The reason specials won’t work is because in our business we don’t sell cars. We don’t have inventories to get rid of because whole new inventories are on their way.

Travel is a service not a thing. Specials work for things, not services. A consumer ponders and researchers purchasing a service a lot more than when purchasing a thing.

Especially with travel very few consumers buy last-minute, as they do all the time with things. I’d venture to say that 95% of travel to Africa is bought at least six months in advance, and that likely more than 50% is bought a year in advance.

So a special that will expire soon is pointless.

What it does do is seriously endanger the integrity of pricing. No one will believe any more any published price. Everyone will start bargaining and we’ll have one big casino on the veld:

I’ve watched more than one curio vendor put themselves out of business by accepting too low a price.

So to my African colleagues: accept lower profits. And to my potential clients: don’t hold your breath.