Near the end of Jacob Zuma’s recent State of the Nation address, he made the point, “[South Africa is] building a developmental and not a welfare state..”

Welfare vs. Developmental State. This intrigues me.

The number of beneficiaries has skyrocketed in recent history—up 300% since 2000.

This led opposition politician Mario Oriani-Ambrosini, of the Inkatha Freedom Party, to claim that “South Africa is a welfare state which dreams of becoming a developmental state.”

But what is South Africa to do?

In 1994 when Nelson Mandela took his long walk to freedom South Africa was two countries—one was among the world’s most developed, and the other among the least.

That is still largely true.

In fact, South Africa is more unequal now than in 1994. (Commentators often point out that inequality usually increases as economic growth increases.) 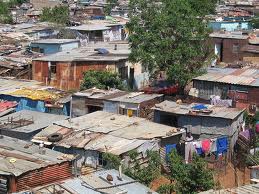 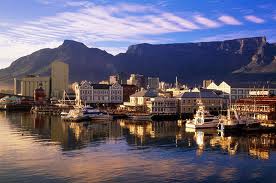 How could the African/Colored/Indian populations just snap their fingers and compete with the white populations who had benefited for so long from schooling, finances, geography, access to political power, skills training—everything?

Thus the South African state began a long term black empowerment strategy that, in its current manifestation, is referred to as the Broad Based Black Economic Empowerment Codes (BEE for short).

This required, and still does require, a degree of intervention in economic and state affairs that would be unthinkable in most other countries.

Almost everyone—conservatives or liberal, Afrikaner or Black, Malay or Indian—agrees that South Africa is a special case, and needs to target previously disenfranchised populations with additional help.

The agreement stops there. How much assistance, for how long, and under what conditions, remains extremely contentious.

***(Last week I was speaking with a South African living in the U.S. who told me that South Africa has had ‘one man, one vote, one time’ for more than 15 years, and if Black business can’t compete yet, then they never will… If I may be allowed a slight exaggeration, that would be similar to telling a Black American family in 1878 that they had been free for 15 years, and now they should be able to compete freely and equally in business and society.)***

Americans have been sharpening their arguments on the role of the government for centuries, but I am not sure our tired tag lines on big and small government relate to a situation like South Africa’s.

There are certainly vulnerable, historically disenfranchised communities in the United States— but it’s all a matter of degree.

The side-by-side nature of South African inequality also makes the situation incredibly volatile. Black townships where most of the population lives far below the poverty line exist only kilometers away from affluent, mostly non-black neighborhoods (not unlike parts of the U.S.).

How can the ANC, whose control of the government depends on massive support from poor, black voters, withdraw social support from Black communities that see everyday how ‘wealthy’ the other South Africa is?

Even if the ANC government thought that money would be better spent on job creation initiatives, or education, or health, projects that might reduce dependency, I don’t see how it would be politically feasible for South Africa to transform itself from a welfare to a developmental state.

In that is the case, South Africa needs to achieve the 6% or 7% growth necessary to bring down unemployment without breaking the social safety net.

I’ll stop here, because at this point readers can just turn on CNN for the rest of the arguments. African political problems really aren’t that foreign after all.